The South African coach hopes the performances dished out by the 25-year-old Lesotho international will inspire more players from Lesotho to work hard and win themselves deals with PSL clubs.

According to the former Amajita head coach, there are already two players who might be coming to play in Mzansi next season.

“I thank Celtic management and the coaches for believing in the boy, this will open up opportunities for more Basotho players to move to SA,” Senong tells KickOff.com.

“Another two Lesotho players might be transferred to SA later in the year. Maybe Lesotho is suffering from a historical perception of not transferring top players to SA if compared with Zambia and Zimbabwe.

“Basotho players follow South African football a lot and we share borders. The adaptation should be easier and quicker.

“As his national team coach, first I will say I’m happy with how he has adapted quickly to the Absa Premiership as a foreign player. It’s his first season, he is on seven goals from 14 matches.

“He is competing with excellent strikers such as [Victor] Letsoalo and [Ndumiso] Mabena in one of the competitive leagues in Africa. He has an eye for goal, he is still learning and developing.

“He is naturally brave, has the ability to make runs off the shoulders of the opposition centre-backs.

“It’s not easy to score goals against quality sides such as Mamelodi Sundowns, SuperSport and Kaizer Chiefs… his coaches at Bloem Celtic are proud of him, Basotho are extremely proud.

“He is the ambassador of Lesotho together with Tumelo Khutlang of Leopards and Tshwarelo Bereng. I’m sure he will inspire a few Basotho players to work hard and try to move to SA clubs.

“The pressure will increase, opponents will prepare better against him, media attention will increase, expectations will be higher, and more agents and clubs will start to approach him.

“He needs to focus on Celtic and his process of becoming better. Consistency is possible when a player is level-headed, teachable and focused.”

Motebang will have another chance to impress when Celtic take on Bidvest Wits at Tuks Stadium today (15h30).

Check out Celtic’s win over Chiefs in pictures

Heathrow and Gatwick: Full list of the TUI holidays cancelled including in Europe, Egypt and USA amid latest travel update 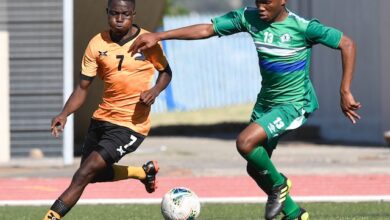 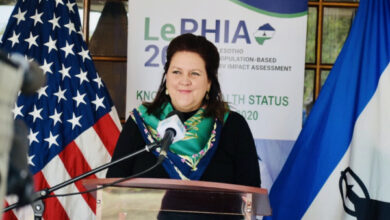