Communities and fishermen along the East and South coast of the Eastern Cape have been treated to the disturbing sight of rare fish species washing up ashore.

East London Museum scientist Kevin Cole has been busy attending to the species, including two giant oceanic manta rays, one pregnant, a 3.1m Dusky shark, a 2.1m Carcharhinus and a host of other unknown types of fish.

The sharks washed up in Gulu and Kidd’s beach over the weekend while the rays beached at Morgan Bay and Haga Haga beaches last week.

More fish, both common and unknown types, have been beaching on the popular unspoiled wild coast in the former Transkei.

Disturbing reports suggest that the incident has created a feeding frenzy in rural communities along the coast of Mqanduli, Willowvale and Xhorha, with locals fetching the dead fish with wheelbarrows. This was confirmed by the provincial Department of Environment, Forestry and Fisheries which warned communities to stop eating the fish as it may be harmful.

The first report came from the Morgan Bay community on Wednesday when a pregnant giant oceanic manta ray carrying a 60kg pup washed up on a rocky shore.

Cole reported that the manta measured 5.17m from wingtip to wingtip and was found to be carrying a 2m wide baby. A manta ray pup weighing 60kg was removed from its mother and taken for scientific study. (Photo: Morgan Bay Hotel)

He estimated the animal to be 15-years-old. This came a day after a slightly smaller ray washed up at Haga Haga beach. Cole reported on the East London Museum Facebook page that the specimen measured 4.53m wingtip to wingtip.

He added that this was the second record of the species for the museum since 1948 when a 5.31m specimen was recovered from the harbour and a cast was made, which is on display in the marine gallery.

According to the South African Association for Marine Biological Research [SAAMBR], the fish washing up ashore was as a result of sea temperatures dropping from 26 to 14 degrees Celsius.

Cole said: “The most likely cause of death is a dramatic change in sea temperature these past days – very warm to cold (upwelling event). This would have affected the physiology of the warm water species and it could not cope with the rapid change in water temperature.” 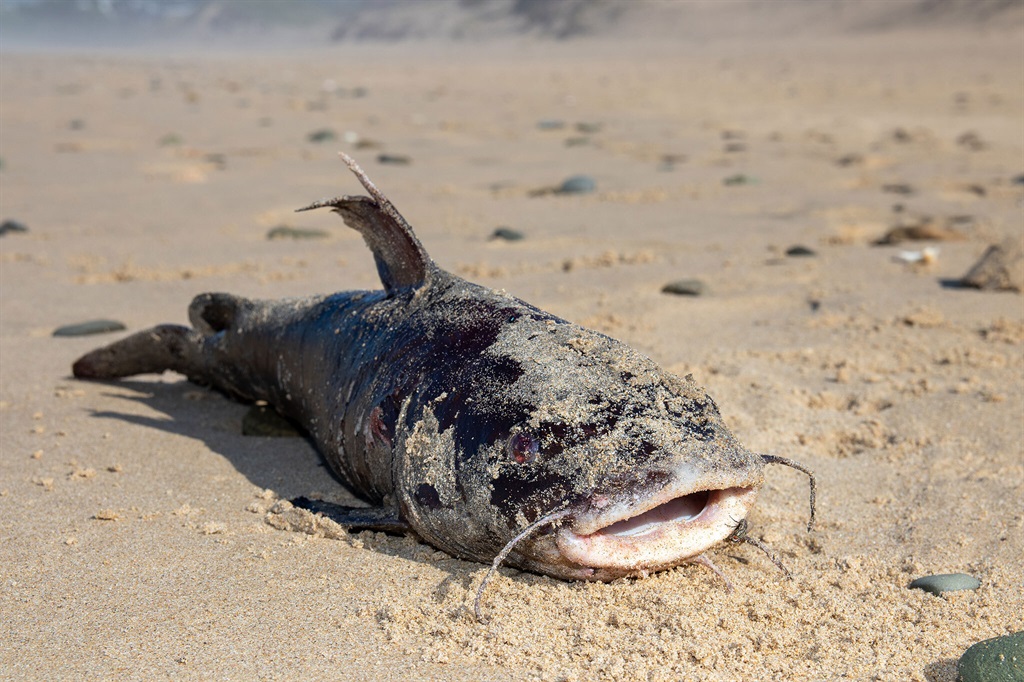 Provincial environment, forestry and fisheries spokesperson Ncedo Lisani said fishers and coastal communities quickly took advantage of this bonanza, picking up fish and shellfish lying on the beach and in rock-pools.

He added that many of these fish were familiar catches, but the majority were those seldom seen or caught.

“There is concern around the health aspects of consuming these washed out fish. Some may have been dead longer than thought, some of the unfamiliar ones may be toxic and we do not yet know whether the anomaly also resulted in “red tides” or Harmful Algal Blooms (HABS).

“Consequently, coastal communities need to be made aware of the potential risks around collecting and eating these washed up fish and shellfish,” said Lisani.

Asked if the incident was linked to climate change, Lisani said: “The broad answer is yes as wind regimes and the Agulhas Current have been predicted to become more turbulent under the influence of climate change which would imply that such meanders and associated ‘marine heatwaves’ and cold upwelling events could increase in frequency in the future.” The environmental, forestry and fisheries department said sequential “marine heatwave”, “cold snap”, resulted into washouts and mortalities of fish, invertebrates and seaweeds on the East and South coasts.

Oceanographic and meteorological conditions contributed to the incident, the department added.

The event was monitored and tracked by the National Oceans and Coastal Information Management System (OCIMS).

So how does, temperature shock happen?

SAAMBR explained in a statement on Facebook: “During summer along the east coast of South Africa a strong thermocline (a steep temperature gradient between two bodies of water with warmer water above and cooler water below) is normally established above the continental shelf.

“With a south-westerly wind, Coriolis forces (caused by the spinning of the earth) cause surface waters to be deflected to the left (in the southern hemisphere) and this brings warm, clean water from the Agulhas Current inshore and forces the thermocline down into deeper water (a process known as downwelling).

“With north-easterly winds the surface waters are deflected offshore and the thermocline moves shallower (a process known as upwelling). In cases of prolonged strong north-easterly winds (as was experienced last week) the thermocline comes to the surface and causes a sudden drop in surface water temperature and in severe cases can stun and even kill fish and other marine life that cannot escape the severe drop in water temperature.

“During winter, the occurrence of strong south-westerly winds and large swells associated with passing cold fronts tend to break down the thermocline and result in mixing of the water on the continental shelf. Obviously, this is a fairly simplistic explanation of water movements off the east coast.

“They are, in fact, very complex and in addition to the large, south-westerly flowing Agulhas Current, there are numerous eddies and gyres associated with this current. While the current generally follows the continental shelf drop-off which occurs at a depth of about 200m, it does meander. Furthermore, the coastline is generally not straight, and the numerous headlands and bays cause further changes in inshore water movement patterns. Nevertheless, this description does help to provide a broad explanation of why the water gets cold after strong north-easterly winds.” 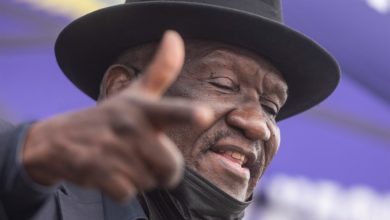