Prince William and Kate Middleton are celebrating their 10-year wedding anniversary, and they’re gifting royal watchers with two new portraits in honor of the occasion.

On Wednesday, April 28, the day prior to their actual anniversary, the Duke and Duchess of Cambridge shared the never-before-seen photographs taken by Chris Floyd at Kensington Palace over the weekend.

In the photos, Kate wears a blue wrap-dress, while Prince William sports a navy blue sweater over a button-up shirt. In the first picture, the couple sits in a grassy, wooded area.

The second has the couple showing more PDA than ever before, with William and Kate in an embrace that is not typical of the duo. Over the years, the couple has refrained from typical displays of affection as it’s not in-line with royal protocol, but it seems like the 10-year anniversary is a good enough occasion as any to show a bit of love. 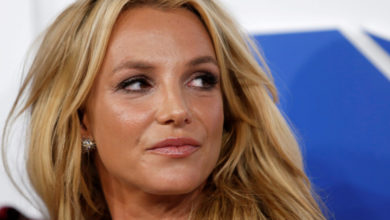