A North West security officer was arrested in connection with a cash-in-transit heist which resulted in the murder of two police officers.

A North West security officer has been arrested in connection with a Mahikeng cash-in-transit heist that resulted in the death of two police officers.

Thirty-one-year-old Thuso Tshepo Lobelo is a security officer who works at the G4S depot in Mahikeng.

The Hawks’ Serious Organised Crime Investigation Unit arrested him on Wednesday in connection with the heist.

The armed gang allegedly shot and forced a cash security van off the road, then blew it open. When the police approached the suspects, a shootout ensued, resulting in Grobler-Koonin being tragically shot. The suspects fled and a manhunt was immediately launched.

Later that day, the suspects were cornered in Coligny. A shootout ensued and Herbst was shot. Herbst succumbed to his injuries in hospital.

“They are now joined by Lobelo, who made a brief appearance before the Mahikeng Regional Court on Wednesday. The case has been transferred to the [North West High Court in Mahikeng], scheduled for 12 April 2021, where all nine accused will appear,” Rikhotso said. 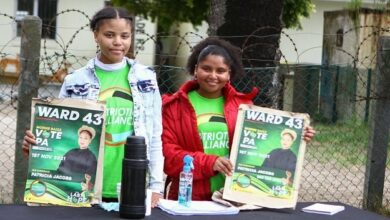 ‘Angry and hungry’: Tshwane youth have no faith that voting will change things