THOUSANDS of Scots motorists have apparently turned to TikTok to get advice about keeping their own vehicles pristine – and to drool over supercars.

The social media platform has become hugely popular during the coronavirus pandemic as both a source of entertainment and information.

And automotive experts and petrolheads have been quick to exploit the potential of the video-sharing service – so much so that it’s claimed the world’s top car “influencers” can earn millions of pounds from their TikTok posts.

It appears drivers turned to the heavily used smartphone app to look for easy car tips when many felt uneasy about visiting a garage during lockdown.

Research by car finance firm Zuto found searches for motoring maintenance tutorial videos rose by 473 per cent across major social channels and search engines in the first few months of the year.

Among the TikTok videos that have been huge hits was the simple advice to put a towel over the windscreen to prevent ice settling, while another showed splashing hot water on to dents before easing them out by hand.

A third revealed how to remove paint scuffs with a damp cloth and toothpaste, and a fourth suggested using carpet stain remover to eradicate upholstery marks.

Michael Barlow, from Zuto, said: “It’s really interesting to see the type of ‘#cartips’ videos that have been making waves on TikTok.

“Many of them focus on improving the car ownership experience through making vehicles tidier, cleaner and more aesthetically pleasing – some of these ideas are really imaginative.”

And it appears the trend to improve life behind the wheel is ramping up further as the roads get busier again.

A study by car warranty experts MotorEasy has discovered that “#carhacks” has generated 996.7million views on the platform.

It also highlighted a number of tips featured on TikTok, including a video showing how to use a mix of glue, baking soda and contact lens solution to spruce up the cabin.

The reusable slime moulds to fill hard-to-reach crevices such as air con vents and cup holders, grabbing hold of any dust or dirt in its path.

Perhaps not surprisingly, toothpaste proved handy again as a way to make your headlights gleam like new – once rinsed off with warm water.

One viral TikTok user has also shown how cleaning paste The Pink Stuff can be used for buffing out bodywork scuffs and scratches – demonstrating its effect on her Jaguar.

The social media outlet’s reach is also good news for influencers who can use it to fill their own coffers, according to automotive outfit Leasing Options.

It estimates Daniel Macdonald (@itsdanielmac) could earn £5.3million a year after gaining a massive fan base on TikTok of 8.4million followers by sharing videos of him approaching drivers of supercars and asking them what they do for a living.

His videos are regularly watched more than 10million times per post and have amassed a whopping 109million views total – incredible as he’s only posted about 60 videos.

Alex Hirschi (@supercarblondie) is one of the world’s biggest car influencers, with six million-plus subscribers on YouTube and over eight million followers on Instagram.

So it’s no surprise that Alex is the second-highest earning car influencer on TikTok, with 4.8million followers, and is likely to accrue £3million annually. Her content includes sneak peeks of some of the world’s rarest, coolest, and most expensive supercars.

TJ Hunt (@tjhunt_) is a vehicle fanatic who first rose to fame on YouTube, where he gained 1.9million subscribers. But he has now amassed a whopping 3.4million TikTok followers.

His content includes auto tips, car mods and an up-close look at some of the most popular supercars that’s set to net him £2.1million in 12 months. 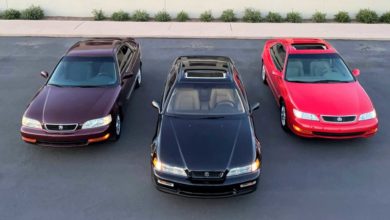 Buy These Classic ’90s Acuras Up For Auction, Go To Radwood In Style 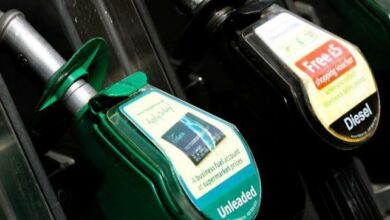 Advice for motorists as average price of diesel soars above £1.50 a litre for the first time 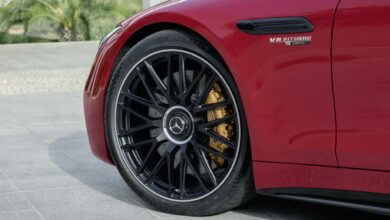