This is an ode to the women whose names made it into news outlets between 2018 and 2020. It is also a tribute to those who did not – the faceless, nameless women whose stories will remain untold. This project is a collaboration between Bhekisisa, Media Hack and the Canon Collins Trust, which awarded Bhekisisa the 2020 Sylvester Stein Fellowship.

The starchy root vegetables growing in the front of Clacy Sekome’s yard in Acornhoek, Mpumalanga, are ready for harvest, but she can’t bear the thought of crossing the yard to dig up the morepho, as the sweet potato-like vegetable is called in Sepedi.

Sekome, 55, knows that memories of her daughter, Gloria, 30, will overwhelm her as soon as she lifts the first handful of soil. Boiled morepho with a bit of salt was Gloria’s favourite comfort food.

Framed by the orange arches of the porch outside her home, Clacy recalls a policeman’s dismissive tone on the night her daughter disappeared. Gloria had phoned her mom in a panic, but the call had been cut off before Clacy could figure out what was happening.

The policeman told her:

If your daughter is with her husband there is no problem, he will bring her in the morning.

But Clacy knew this was untrue. Gloria and her boyfriend, Danboy Nkuna, were always fighting.

The pair had dated for six strained years, but Gloria had ended things a month or so earlier. “There was no life in that relationship,” she says.

The days after Gloria disappeared are still fresh in Clacy’s mind.

The morning after her daughter went missing, Clacy was sent from pillar to post at two different police stations. When she finally arrived at the Bushbuckridge station, where Gloria had opened a protection order against Nkuna in 2018, she waited, in tears, for four hours before she was helped.

Three days after Gloria’s panicked phone call to her mother, a policeman told Clacy to come to a mortuary close to where her daughter was staying.

Clacy’s voice breaks and she bursts into tears: “I found my child lying there – with her throat cut.”

Nkuna admitted to her murder and is currently in prison.

An average of seven murders a day

The number of women murdered in South Africa per year.

The week Gloria Sekome was murdered in September 2020, two other women were found dead in the same Bushbuckridge municipality in Mpumalanga. It is not possible to compare the murder rate of women in Bushbuckridge with other police precincts because the police does not make available the population information needed to work this out.

In September 2020, they announced they had identified 30 gender-based violence hotspots, based on rape, domestic violence-related cases of murder, attempted murder and assault, among other factors. These stations will be provided with additional resources and services to help with gender-based violence cases.

But Lisa Vetten, a research and project consultant at the University of Johannesburg, raised questions about the methods used to identify the hotspots in an article published by Bhekisisa last year.

In particular, she questioned why three provinces, Limpopo, Mpumalanga and the Northern Cape, had no hotspots.

The map below shows the murder numbers (both men and women) per police precinct for the period 1 April 2019 to 31 March 2020, as reported by the police in their most recent annual crime stats. The darker the colour, the higher the number of murders that year.

We asked the police four months ago for data on the number of women murdered per police precinct, but they haven’t provided it yet. We will include that data on the map if we receive it. All murders in South Africa. (Bhekisisa) Ten police stations with the most reported murders. (Bhekisisa)

Compared with other countries where stats are available, South Africa ranks among the five countries with the highest female homicide rates with Central and South American countries like Venezuela, Honduras and El Salvador, according to data accompanying the 2019 Global Homicide Report by the UN Office on Drugs and Crime (UNODC).

The UNODC collects data primarily from criminal justice sources. Other sources of homicide data, for example, the World Health Organisation, collect data from public health sources. The UNODC therefore uses the same statistics as the police. The rate of female homicide in South Africa compared with 6 other countries. (Bhekisisa)

Where are the stories behind the stats?

We plotted the media reports in the map below. Murders in the media between January 2018 and October 2020. (Bhekisisa) The average age of the victims, whose age is known, was 36 years. Forty-five percent of those victims were in their twenties and thirties.

The youngest was six months old. Her name was Bonolo and she was allegedly murdered by her 27-year-old father after he had a fight with her mother, who, according to the Sowetan, had dumped him after he physically abused her for three years.

The oldest victims were 95 years old. Joan Anderson was found tied up in the bathroom of her flat in Hermanus, a seaside town in the Western Cape, and Babsie Cowley was suffocated in her home in Pretoria, allegedly by a man she knew. The age of murder victims reported in the media. (Bhekisisa)

Women and their murderers. (Bhekisisa)

The UNODC, in a report entitled Gender-related killing of women and girls, states: “While the majority of intentional homicide victims are male, the majority of the victims of intimate partner/family-related homicide are women.

“Killings by intimate partners are rarely spontaneous or random, and should be examined as an extreme act on a continuum of gender-related violence that remains underreported and too often ignored,” the report notes.

It is this subset of female homicides that are labelled as gender-related killings or femicide by the UNODC.

In 2020, the police started to release crime stats on a quarterly basis. In a presentation accompanying the release of stats for April to June 2020, the police was a lot more specific about the relationships between the victims and their killers in domestic violence-related murders. During that time period, 55% of domestic violence-related murders were perpetrated by husbands or boyfriends.

Even though the police did not separate the gender of the murder victims for their analysis, the breakdown is similar to the relationships found in the media reports about women murdered: where there was a known relationship between the victim and the killer, the highest proportion of victims were murdered by their current intimate partner

Another shocking murder reported in the media was that of 45-year-old Phumeza Pepeta, whose former husband shot her at her father’s funeral in front of her family. Bizarrely, he had shown up at the funeral dressed “in a skirt, heels, sunglasses and a wig”. He reportedly shot Phumeza in the abdomen and then hit her on the head with the gun. She was one of the 33 women murdered by a former intimate partner.

The National Prosecuting Authority (NPA) started to report on murder convictions and intimate partner femicides in its 2017 annual reports – around the same time activists pushed the government to address gender-based violence. Before that its reports had focused on issues such as sexual offences, organised crime, cyber crime and property crimes.

The NPA reports that its conviction rate for intimate partner homicide cases is 97%. But it gives no indication of how many of the murder cases reported to the police actually make it to court. For example, the police reported 62 683 murders between April 2017 and March 2020, and the NPA reported 10 284 murder convictions during the same period.

In 2017, the NPA also started to include some case studies of murders by intimate partners in its reports.

One of the femicide case studies included in its latest annual report was the case of Mangosuthu University of Technology student Zolile Khumalo, who was shot in the head and chest by her former boyfriend with a semi-automatic firearm. He confessed to the crime on Facebook.

In March 2020, 18 months after Khumalo’s death in May 2018, the KwaZulu-Natal High Court in Durban sentenced her killer, Thabani Mzolo, to life in prison.

Tracking whether the killers of the women whose murders were reported in the media were convicted was beyond the scope of this project. How women were murdered. (Bhekisisa)

Femicides are rarely reported in the media

The annual crime stats cover murders that occur between 1 April and 31 March each year, so we looked at the media reports published in that time period. We also removed the reports where the victims were younger than 18, because when the police report on the number of women murdered they include only victims 18 years and older.

There were 233 murders of women 18 years and older reported in the media during that time period. Police crime stats recorded 5 466 murders of women over that two-year period, which means our search yielded media reports for 4% of the women murdered.

This indicates that media reports give only a partial picture of the murders of women in South Africa.

In her PhD thesis, which analysed media coverage of intimate and non-intimate femicide in the news in 2012/2013, academic and journalist Nechama Brodie wrote that how the media reports on crime, influences how the public perceives the crime. It also influences how the government and non-profits define the “problem statement” and determine solutions to solve the issue.

Her research found: “… media coverage of femicide in South Africa is not representative of actual incidences of female homicide in the country [with less than 20% of all femicides making it into the press at all], and that the limited media coverage that is presented constructs particular and inaccurate notions of violence against women, including perceptions of who is most at risk, and who should be most-feared as perpetrators of this fatal violence.”

Vetten says it is important to ask what the other realities being missed are. In other words, what’s not shaping protest and policy?

People should ask this when reading media stories. And because it’s probably not feasible for every single murder to be written about, this raises questions around who captures public attention and how and why they do so.

Despite the obvious limitations of media reportage, Brodie wrote that “media reports can still add important details that are not usually included in official crime data: it tells us about the victims, who they were, how they lived, as well as how they died. In many countries where the state only makes available limited information about crime to begin with – and this includes South Africa – media coverage may also be one of the only publicly available sources there is.”

In a televised speech on 12 January 2021 about the government’s strategy for the Covid-19 pandemic, President Cyril Ramaphosa called gender-based violence South Africa’s second pandemic. Over a period of 1 035 days our search for media reports found stories about 482 murdered women and girls – that is an average of two murders a day.

But this is clearly only a tiny fraction of the total female homicides. The majority of these women remain nameless crime statistics, their stories untold.

Gloria Sekome’s murder was one of the few that was reported in the local media.

For her mother, Clacy, six months after her murder, memories of Gloria are all around her. She says, fumbling with a disintegrating tissue: “I always [think] how did my daughter die, did she cry ‘mother’, and I was not there to help her?”

Note: We do not claim that the dataset of media reports compiled for this project is a comprehensive list of all the murders of women and girls reported on by the South African media during the period 1 January 2018 to 31 October 2020. Our search was limited to mostly English media organisations that published their stories online in an accessible format, and contained the words used in our search terms. For more on the limitations and our methodology click here.

Design and coding by Alastair Otter

This story was produced by the Bhekisisa Centre for Health Journalism. Sign up for the newsletter. 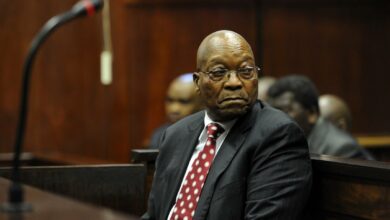 Months after failing to sell Timbercity, Pepkor calls it quits on franchises 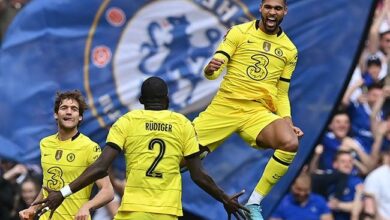