South Africa needs a point target of inflation of around 3% or 4%, and not the current target range of 3% to 6%, according to SA Reserve Bank (SARB) Governor Lesetja Kganyago.

Kganyago on Wednesday delivered a keynote address on 21 years of inflation targeting at Stellenbosch University.

South Africa’s target range for inflation is between 3% and 6%, with a midpoint of 4.5%. However, Kganyago is of the view that the country should set our sights lower, so to speak, as 4.5% is not “optimal”.

“We have made progress in getting inflation expectations from the top of the 3–6% target range to the 4.5% midpoint, and we achieved this without relying on high interest rates.

“But 4.5% is not an optimal target – it’s just a logical and balanced interpretation of a target we should have reformed two decades ago,” Kganyago said. He explained that the SARB’s plan was always to lower the target range to 3% to 5% by 2004, and then further at 2% to 4%.

However, in 2001, the rand depreciated during the Argentine crisis – and the inflationary consequences that followed made it difficult to lower the target range from 3% to 6%.

If the inflation target had been revised lower than planned, then South Africa would have experienced lower inflation, he explained. Every emerging market peer which started inflation targeting around the time SA did, has revised its target lower at least once, said Kganyago. In turn, South Africa has remained a “relatively high-inflation country”.

“Looking at other middle-income countries with working monetary policies, their average inflation rate for the past five years has been just over 3%. Our average of 4.7% ranks us last in this group,” he said.

A point target of around 3% or 4% would place South Africa in the same territory as its peers. But the point target should also allow for a margin of error – plus or minus one percentage point, he said.

“We will not be able to control inflation precisely all the time, and it is useful to acknowledge that up front. That said, it would be useful to have a clear point target rather than a range, to anchor expectations and to prevent any target drift in future, like the one we suffered when the 3–6% target range morphed into a 5.9% target. I take the view that 3% would be a good point target.”

Lowering the inflation target will require working with government, particularly to address administered pricing related to electricity and water. “Items like water and electricity need to be priced with lower inflation in mind, and lower prices would in turn help us lock in a lower target, anchoring expectations at permanently lower levels.” The reality is, municipal rates and taxes have been rising than the inflation rate.

Kganyago said the SARB should engage with these price setters – like the National Energy Regulator of South Africa – for them to understand their price increases is faster than the pace of inflation in the rest of the economy. This is detrimental to the economy and to them. “Higher inflation begets higher interest rates and they too will end up having to pay up for higher interest rates, and it is not in their best interests either.”

National Treasury has embarked on a macroeconomic review, with the inflation targeting framework being one of the things that is considered. But Kganyago said he has not as yet had discussions with the finance minister about this.

Jennifer Lawrence Is Pregnant With Her First Child

‘There will be no pandering to the red berets ‘- DA mayoral candidate for Joburg, Mpho Phalatse

ANC resorts to crowdfunding to raise money to pay staff 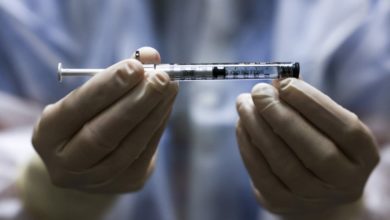 Western Cape already bracing for Covid-19 third wave: ‘We are planning for a worst case scenario’