Central banks in some of sub-Saharan Africa’s biggest
economies may be more concerned about the impact of a potential third wave of
coronavirus infections and a slow rollout of vaccines than quickening
inflation, leaving borrowing costs unchanged for now.

Monetary policy committees in Ghana, Nigeria, South Africa,
Kenya and Angola are unlikely to follow those in Brazil, Turkey, Mozambique,
Zambia and Zimbabwe just yet when they announce their decisions on interest
rates in the next eight days.

Inflation in the continent’s two biggest oil producers,
Nigeria and Angola, is in double digits and rising, and the currencies remain
under pressure. However, the risks to the recovery of most economies in the
region after the worst slump in half a century last year, remain elevated.

After some African central banks cut to record lows in 2020,
most have reached the limit on monetary policy easing and an extended pause in
key rates seems likely in countries where there is less severe pressure on
exchange rates, according to Razia Khan, chief economist for Africa and the
Middle East at Standard Chartered Bank.

“We expect Africa’s major central banks to stay on hold in the coming weeks to support a continued recovery in output. However, the accommodative stance is unlikely to last much longer due to rising inflation pressures.

Here’s what central bankers in sub-Saharan Africa may do:

The South African Reserve Bank (SARB) bank will likely hold
the key rate for a fourth meeting even as fuel and electricity price increases
due in April are set to push inflation closer to the midpoint of its target
range.

Concerns about inflation will probably mean the five-member
panel will vote unanimously for an unchanged stance, after their preferences
were split between cutting and holding at the last three meetings, Elize
Kruger, an independent economist, said.

All 15 analysts in a Bloomberg survey expect the MPC to hold
the benchmark at a record low and forward-rate agreements, used to speculate on
borrowing costs, are pricing in a less than 45% chance of a 25 basis-point
hike.

The MPC could take advantage of the accommodative global
environment to “maximize the stimulation that they can give the economy
via low interest rates,” Kruger said. The panel is likely to remain
tolerant of negative real rates for as long as the rand is relatively stable
and will be wary to tighten pre-emptively amid recessionary conditions, she
said.

Other African economies that are due to announce rate
decisions this month are Ghana, Nigeria, Kenya and Angola.

Ghana’s MPC is expected to hold its benchmark rate for a
sixth meeting as it assesses how new tax measures announced this month and
higher utility costs affect inflation that’s been above the target range for
most of the past year.

The policy rate will likely be maintained to help drive the
country’s economic-growth agenda, said Agyapomaa Gyeke-Dako, a senior lecturer
in economics at the University of Ghana Business School.

West Africa’s second-largest economy slipped into a
recession last year and could recover to expand 5% in 2021, according to
government estimates. Weak demand growth, an appreciating currency and the prospect
of lower inflation mean the central bank may have room to ease further in the
third quarter, Societe Generale said in a note this month.

Nigeria’s MPC will probably leave its key rate unchanged
even with inflation at a four-year high, as it tries to prop up an economy that
emerged from a recession in the fourth quarter and where a third of the labor
force is unemployed. While the central bank will keep monitoring inflation,
accommodative policy is key to accelerate the recovery, Governor Godwin
Emefiele said in speech last month.

The government’s U-turn on planned hikes in fuel prices
could give the MPC room to keep focusing on stimulating economic growth. Unless
President Muhammadu Buhari’s administration decides to liberalize gasoline and
power tariffs, rate hikes may be unlikely this year, said Mohamed Abu Basha,
head of macroeconomic analysis at EFG Hermes Holdings.

The MPC in East Africa’s biggest economy is expected to keep
its benchmark rate steady for a seventh meeting in a row amid fears of a third
wave of Covid-19 infections.

While inflation at a 10-month high is a concern, it’s
unlikely to result in an immediate increase in the key rate, said Renaldo
D’Souza, head of research at Nairobi-based Sterling Capital. The policy stance
will be guided by macroeconomic conditions and the impact of virus-control
measures, he said.

Angolan policy makers are likely to hold the key rate even
as the country contends with inflation at a three-year high. That’s because a
lot of the price pressures are seen as imported and the pass-through from the
central bank rate to inflation and consumer demand in Africa’s second-biggest
oil producer is weak.

Instead of using monetary policy, the central bank attempts
to temper price growth by adjusting the amount of kwanza in circulation and
keeps that in line with inflation targets. Maintaining the key rate gives
ongoing and new credit operations granted by commercial banks a higher chance
of success, Governor Jose de Lima Massano said after the central bank kept the
benchmark unchanged in January. 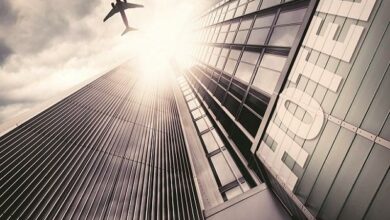