The South African National Editors’ Forum (Sanef) has come out guns blazing at the South African Police Service, calling on it “to immediately cease the surveillance of journalists”.

In a statement, it said that illegal bugging could compromise whistleblowers and the media’s sources.

“This has undermined the rule of law and is a stark warning of the dangers to the democratic future promoted by the Constitution.”

News24 previously reported on the alleged illegal surveillance of its investigative journalist Jeff Wicks, who has been at the forefront of covering ructions within the police, and the fallout in CI following Lieutenant-Colonel Charl Kinnear’s murder.

Also covering the CI battle is Daily Maverick journalist Marianne Thamm, whose home was burgled a day after a police investigation into the, “… continuous leakage”, of documents to the media was approved.

The Daily Maverick made it clear in an editorial that it was not accusing anyone of the crime and that it had no proof that the break-in at Thamm’s home was, in any way, linked to the note circulated to police the day before.

However, Thamm said the burglary had raised concerns that journalists were being targeted by the police.

Sanef said: “Wicks and Thamm are investigative journalists in the country covering the most volatile battle in the SAPS — within the Crime Intelligence division — who are targeted. The coverage of the contestation for power in the key Crime Intelligence division of the SAPS is in the public interest, considering the massive impact it has on the lives of the citizens of South Africa.

Journalists had to continue holding law enforcement to account if leaders were acting outside the law, it added.

“By covering the battle at the top and probing the state of the SAPS, journalists are contributing towards bringing stability in the lives of ordinary SAPS members so that they can focus on fighting crime, instead of suffering at the hands of intransigent and corrupt leaders.”

Sanef would write to Police Minister Bheki Cele and President Cyril Ramaphosa to request that should anyone be found to have abused positions of power by ordering any illegal surveillance of journalists, they should be seriously dealt with.

“We want to see Minister Cele bringing order within the Crime Intelligence division and stopping them from targeting journalists in any surveillance because journalists’ sources must be protected.”

It remains unclear whether journalists will also be investigated as part of the probe by police.

The investigation, confirmed by police spokesperson Brigadier Vishnu Naidoo, seems to have been launched following allegations that a document was leaked to Thamm.

In an editorial published on Friday, Daily Maverick revealed that a note had been sent to the, “… top echelon of Crime Intelligence and its Counter Intelligence desk”, about the leaking of documents to journalists, specifically Thamm.

The editorial made the point that the document cited in the note had been submitted as part of a court application by Lieutenant-General Peter Jacobs and, as such, was easily accessible.

Daily Maverick also alleged that the day after the note was sent, Thamm’s house was burgled and two laptops bearing Daily Maverick stickers were stolen. The house was ransacked. While some smaller items of value, such as a ring, were stolen, many others were left behind.

The editorial also made the point that:

Spying on, and investigating, journalists who are just doing their job is not legal in South Africa. Prior authority for the surveillance of any person needs to be obtained from a designated judge. The bar for such permission, specifically in respect of journalists, has recently been raised, substantially by the Constitutional Court.

To this inquiry, Naidoo said: “It is incumbent upon the SAPS to protect the sovereignty of the state. It has come to light in the recent past that there is continuous leaking of information to the media which brings into question the integrity of people from within the SAPS. With that being said, this leaking of information has prompted an investigation in an effort to protect the sovereignty of the state.”

Nadioo also reiterated his message in Daily Maverick’s article that, “… the fact that this latest document was leaked to [Daily Maverick] reinforces the need to investigate these leaks but this time, with even greater urgency”.

When News24 pushed Naidoo to clarify if the investigation would extend to journalists, he said: “That’s my response. It does not say anywhere in my response that journalists are under investigation. It talks about the integrity the of SAPS members being brought into question.”

The investigation comes as Crime Intelligence acting head Lieutenant-General Yolisa Mokgabudi asked for an investigation into allegations that Wicks was illegally bugged.

It is believed the operation was launched to establish Wicks’ sources through the use of a “grabber” – a device which can track and trace cellphones. Wicks has been covering disputes within the police and Crime Intelligence, following the murder of Kinnear.

When asked how the investigation into leaked documentation related to Mokgabudi’s request, Naidoo said: “I know nothing about that. I was neither contacted for comment when News24 broke the story, nor was I informed about anything about this.” 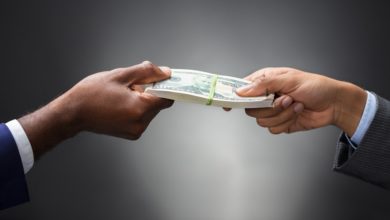 National Treasury was central to fight back against capture, Ramaphosa tells Zondo