Sage Group PLC () was up 4% to 646p in the afternoon after the latest results showed it may be heading in the right direction.

The accountancy software group expressed confidence about the investment in its, saying this will prove itself as the global economy emerges from the pandemic.

However, profits fell by a third in its latest half-year after the firm upped marketing to encourage customers to switch to cloud-based services. Revenues were 4% lower at £937mln though the underlying performance was better.

() jumped 11% to 6.65p in the early afternoon on the back of a further contract with German giant Merck.

The consultancy said this contract is additional to the initial tranche of projects with Merck announced in December, with a value of £270,000, to be completed by August.

The current contract will be completed over the next two to three months, the AIM-listed firm said.

() surged 13% to 9.59p at noon after updating the market on its international arbitration against Italy in relation to the Ombrina Mare field.

The tribunal said it should make a decision by July and will confirm the timeframe by the end of June.

“Rockhopper continues to believe it has strong prospects of recovering very significant monetary damages – on the basis of lost profits – as a result of the Republic of Italy’s breaches of the Energy Charter Treaty. All costs associated with the arbitration are funded on a non-recourse basis from a specialist arbitration funder,” the oiler said.

() climbed 23% to 744p in late morning after rejecting a takeover offer by private equity firm Cinven which valued the company at £1.3bn.

Shareholders were offered 830p per share, a 22% premium to the previous closing price, with the possibility to still receive the final dividend of 9.9p declared on 19 March.

Cinven is now considering its position and has to make another offer or withdraw its interest by 11 June based on City regulation.

Miners topped the blue-chip losers list in mid-morning due to a 9.5% slide in iron ore prices in China.

The commodity price has seen a rally over the past week as demand outstripped supply, so analysts expect it to claw back losses shortly.

Elsewhere, in the retail sector,  () shed 3% to 70.46p after saying that it’s unclear whether the current good trading reflects strong underlying performance or pent up demand.

The stationary retailer has reopened most of its sites, except those in the Republic of Ireland due to resume trading on Monday.

Online sales remain “significantly” ahead of pre-pandemic levels even if they have dipped after the reopening of stores.

Velocity Composites PLC () rose by a quarter to 25p on Friday after signing a new three-year contract with a major Tier 1 aerostructures manufacturer based in Hampshire.

It has a value of £4mln per year, including the awarded £1.4mln of new business on the A350, A400M and Eurofighter Typhoon aircraft platforms, and will continue as a major contributor to revenues through to 2024.

The AIM-listed firm, which is a supplier of advanced composite kitting solutions and material management services to the aerospace composites industry, said this is an important milestone.

Elsewhere, () advanced 7% to 145p after signing a crypto climate accord (CCA) in partnership with DMG Blockchain Solutions to promote the decarbonisation of the cryptocurrency industry.

Both firms are also jointly developing a maiden working group to use new technologies that will increase the transparency of the renewable energy sourcing of crypto mining.

The CCA, which has 40 signatories including 20 prominent crypto firms, also outlines several objectives to decarbonise the industry including reaching net-zero emissions from electricity consumption by 2030 and developing standard, tools and technologies to accelerate the adoption and verification of 100% renewables-powered blockchains by the United Nations Framework Convention on Climate Change (UNFCCC) COP30 conference in 2025.

PLC (LON:MBOX) has become the first company to list on the IPSX specialist property exchange with a valuation of £84.85mln.

() said it has sold one of its ATR 72-600 aircraft with manufacturer number 1591 at current market rates to a regional aircraft lessor.

() said it has signed a crypto climate accord (CCA) in partnership with DMG Blockchain Solutions to promote the decarbonisation of the cryptocurrency industry.

e-Therapeutics PLC () raised £22.5mln in an equity funding, comprising a placing and a retail offer.

Bushveld Minerals Limited () has completed essential maintenance at its Vametco asset in South Africa. The maintenance work is expected to improve on the reliability and performance issues experienced in the past.

() shares rose in early deals on Friday after an update on the South Ghanzi Project in the Kalahari Copper Belt. The exploration company said seven conductive targets had been identified by the airborne electromagnetic surveys conducted in February. Each anomaly represents a potential drilling target.

Oy (LON:FARN, First North:FARON) said it had signed a sub-license agreement for the rights to a US patent covering the manufacturing of its interferon-beta 1a drug Traumakine.

(LON:SIGT), formerly Seneca Global Income and Growth, has declared an unchanged quarterly dividend of 1.68p. It will be paid on June 18 to investors on the register on May 28. The intention is to “at least maintain” the quarterly pay-out at the current level.

() said it has completed the scheduled drilling programme at its Baker’s Gold Project in Western Australia.

() said extensive anomalies have been identified at the South Ghanzi Project, in Botswana including seven airborne electromagnetic conductive targets.

() highlighted its strengthened financial position as it reported its quarterly financial results.

() announced that its annual general meeting will be held in London on 10 June but is expected to be run as a closed meeting and shareholders will not be able to attend in person. Proxy forms are being sent today.

() said it has posted its accounts for 2020 and proxy forms ahead of its annual general meeting on 14 June at its offices in Nottingham. As the AGM will be a closed physical meeting, the company said it will provide a facility for shareholders to join either online or telephonically via the Investor Meet Company  platform, with an opportunity to ask questions.

South Africa’s taxpayers are leaving in droves, but should expect changes in 2022, says expert 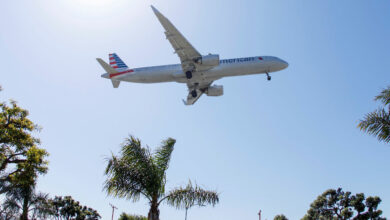 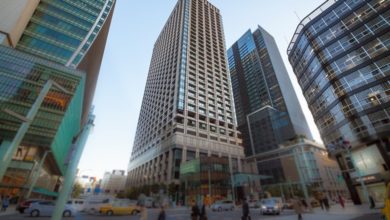