The Queen has been hit with yet another emotional blow, as vets have been forced to cull over 20 Windsor swans infected with bird flu.

After 2021 was described as the ‘worst year ever’ for the Queen, after the loss of her husband of 73 years, Prince Philip, Her Majesty has been hit with yet another blow.

The Queen has already begun  2022 in mourning, after the loss of a close friend and now the monarch faces further worry as bird flu has broken out amongst her beloved Windsor swans.

The Queen’s swans at Windsor Castle have been struck by a bird flu outbreak, with vets having to put down 26 swans. This was sadly necessary to stop the spread of the illness which is highly infectious and deadly for birds. According to The Sun, six dead swans were pulled from the Windsor Castle waters earlier this month, with the amounts of swans that have died as a result of the disease now at 33. It’s estimated that between 150 and 200 swans could still be at risk in the area.

The Queen’s Swan Marker, David Barber, has reportedly informed her and says she is very ‘saddened’ by the news. The Queen owns all unmarked in England and is known for her love of animals, so she will be very concerned over the potential spread and loss of further swans. Wendy Hernon, of Swan Support rescue centre, also told The Sun, “It is a nightmare and could end up a disaster. I know the Queen always shows great concern for her flock of swans.”

The Queen has made Windsor castle her main residence last year, after leaving Buckingham palace following a difficult year, of loss and suffering a painful back injury and overnight stay in hospital.

Trigon produces first concentrate at Kombat mine in Namibia 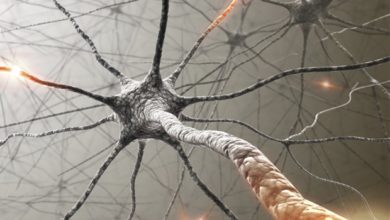 Study sheds light on the ability of CBD to reduce pain

How To Stay Safe From Delta When You're Already Vaccinated – MSNBC