Firefighters extinguish a fire at a supermarket during eSwatini protests.

The technical fact-finding mission is the fulfillment of a promise from an earlier visit of the ministerial delegation from the SADC Organ Troika on Politics, Defence and Security, which visited the country on 4 July.

The SADC fact-finding mission would remain in the country until 22 July and “consult extensively with stakeholders”, said Botswana’s President Mokgweetsi Masisi, who is the current chairperson of the SADC organ on politics, defence and security.

“The mission will analyse the political and security situation in the country, with a view to support the people of eSwatini towards finding a durable solution,” Masisi said in a statement.

“As Pudemo, we welcome the SADC initiative to factually establish what and how much King Mswati and his government’s violation of people’s rights has happened,” said Wandile Dludlu, the group’s secretary-general.

The pro-democracy group added it hoped the fact-finding mission would “understand what is the core political situation which has gripped this nation for the last 48 years since the advent of the draconian King Sobhuza II”.

King Sobhuza II ruled the country until his death in 1982.

His son and heir, King Mswati III, ascended to the throne in 1986 and has ruled the country since.

eSwatini’s Multi-Stakeholder Forum, a group of civil society groups and the Political Parties Assembly, said they had yet to receive an invitation to meet with the fact-finding mission.

Members of the forum were forced to “gate crash” the ministerial meeting, accusing the government of cherry-picking favourable NGOs to join ministers and acting Prime Minister Themba Masuku.

The mission coincides with a national dialogue, known as a sibaya, called by King Mswati III for 16 July. Civil society groups, though, plan to boycott the sibaya.

The Multi-Stakeholder Forum said the sibaya was called to clash with a national march planned for the same day.

“The call by the king is a ploy to mislead the SADC Troika into believing we are a dialogue-driven nation and to create an impression that the national authorities do engage the people on issues of national importance, which is not the case,” it said in a statement. 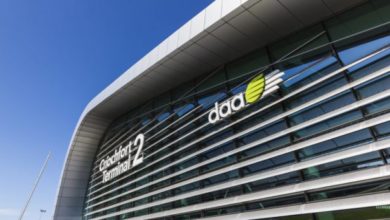 Which countries are on Ireland’s mandatory hotel quarantine list and will I be affected?

Light at tunnel end for startups

Lleida.net signs a framework agreement with the Pan-African Postal Union to serve 55 postal companies in the continent