The chairperson of the SADC organ on Politics, Defence and Security, Dr Mokgweetsi Eric Keabetswe Masisi, the President of Botswana said there is a clear sense of urgency to address the volatile situation in the Kingdom of Eswatini.

Following political and security disturbances in the Kingdom of Eswatini, the Chair of the SADC Organ Troika on Politics, Defence and Security, Dr Masisi, urgently dispatched a Fact-Finding Mission to the country.

The mission was led by Dr Lemogang Kwape, Botswana Minister of International Affairs, who is the chairperson of the SADC Ministerial Committee of the Organ and the Ministers of Foreign Affairs of Zimbabwe Frederick Shava and South Africa Naledi Pandor

According to a statement by Dr Masisi, the purpose of the Mission was to gather first-hand information on the disturbances.

“. . . including the state of security in the country, and to appeal for calm and restraint from all the stakeholders, as well as to propose consideration of an open national dialogue, as a way forward in the efforts towards finding a lasting solution,” said Dr Masisi.

He said after all the consultations were done and there was a need to expedite a lasting solution for the Kingdom of Eswatini.

“All the consultations were held in an atmosphere of calm, mutual respect and understanding. There was a clear sense of urgency to address the situation in the country. The proposal for an open national dialogue was highly welcomed as a way forward towards finding a long-lasting solution,” said Dr Masisi.

He said due to time constraints he would send a second mission to consult with more people in the Kingdom of Eswatini.

“Due to the short notice, it was not possible to reach many of the stakeholders. As a result, it was agreed that a second Mission will be dispatched urgently to Eswatini to continue the consultation process with the other stakeholders in the country.

“Therefore, a short meeting was held with a few civil society organisations to assure them of a second Mission to the country to hold further consultations with all other key stakeholders,” said Dr Masisi. 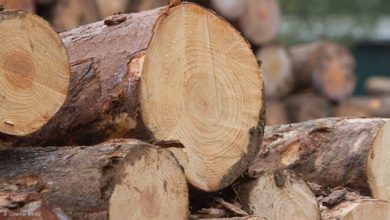 The youth of Eswatini demand change – and they want it now