A woman sells peanuts outside the Oshoek border-post on the South African side of the border with Eswatini.

A technical fact-finding mission from the Southern African Development Community (SADC) wrapped up its visit to Eswatini on Thursday, leaving a mixed response from civil society.

The fact-finding mission arrived on Thursday, 15 July, for an official seven-day visit, which ended on 22 July.

The mission met with members of the government and civil society, to gather perspectives on the conditions that led to days of deadly protest in which at least 50 people were killed and resulted in R3 billion in damage from arson and looting.

The fact-finding mission fulfilled an undertaking from an earlier visit by the ministers of the SADC Organ Troika on Politics, Defence and Security. The ministers met with their counterparts in Cabinet and some members of the country’s civil society groups in the day-long visit on 4 July.

Civil society groups have consistently called for multiparty democracy, and the chance to select their own prime minister. Groups also raised concerns over endemic police brutality, and the heavy-handed response by the military during the crackdown on the protests.

On the first full day of the mission’s visit, police violently dispersed protesters who gathered as King Mswati III held a national dialogue on 16 July, during which he appointed a new prime minister.

After criticism that the ministerial mission only met with groups hand-picked by the government, the fact-finding mission met with a broader group. These included the Multi-Stakeholders’ Forum, a collective of civil society, who “gatecrashed” the 4 July meeting.

“We were well received and we had a positive experience. We are hopeful the process will lead to a lasting solution to the political and governance problem facing Swaziland,” said Thuli Makama, a lawyer with the Institute for Democracy and Leadership (Ideal), which is also part of the Multi-Stakeholders’ Forum.

The expectation is that the fact-finding mission will present their findings at the SADC Summit in Malawi next month, and inform the Politics, Defence and Security Organ Troika’s response to matters in Eswatini, said Makama.

“Hopefully, the Malawi Summit will have a resolution on the Swaziland political crisis,” Makama told News24.

Despite their positive meeting, the Multi-Stakeholders’ Forum still implored the fact-finding mission to meet with the People’s United Democratic Movement (Pudemo), the Communist Party of Swaziland, and the Swaziland People’s Liberation Movement.

But Pudemo is banned in Eswatini, and meeting with them could be a contravention of the country’s 2008 Suppression of Terrorism Act.

“As the Multi-stakeholders’ Forum, we are deeply concerned about this exclusion, as it may have a catastrophic effect on the legitimacy of the recommendations that the Technical Team will make to the principals,” the forum said in a letter addressed to the SADC secretariat’s negotiation officer, Elijah Munyuki.

The Swaziland Solidarity Network, operating in exile in South Africa, said they reached out to the SADC team and provided specific names of members they could meet with, including representatives of Pudemo.

“I personally sent them a message and they responded, saying I must give them people that can represent us in Swaziland, and we did that,” said Lucky Lukhele, spokesperson for the network. “Surprisingly, they did not even invite a single person.”

The SADC did not respond to requests for comment. 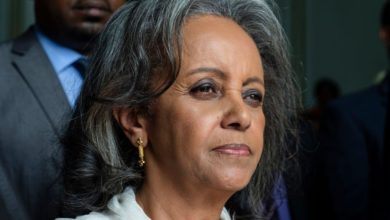