Its first empowerment scheme, SAB Zenzele, launched in 2010. It has reached a total maturation value of R9.7 billion. When the scheme fully unwinds by the end of the month, shareholders who invested R100 will receive a total payout of R77,518 before tax.

SAB, which is owned by AB InBev the world’s largest beer maker, says the scheme allows tavern and bottle store owners, retailer customers, and employees to own shares in the company.

SAB had planned to unwind Zenzele in March last year, and launch launch Zenzele Kabili shortly after, but delays brought on by the Covid-19 pandemic prevented shareholders from meeting to vote on payouts and reinvestment options.

Here’s what you need to know about the scheme and how you can buy shares.

The SAB Zenzele Kabili scheme will be initially available to existing Zenzele beneficiaries.

For existing SAB Zenzele shareholders, the company is allowing shareholders to reinvest a portion, (a minimum of 63.5%) or all of of their remaining entitlements into the Zenzele Kabili scheme when it lists on 28 May. They will get an exposure around three times the cash they put in, thanks to vendor funding and loan funding backing their purchases.

Post the 28 May listing on the JSE, any qualifying person in terms of the B-BBEE Act will be able to buy shares in SAB Zenzele Kabili.

“The public will be able to trade on an ongoing basis. Ideally, we would want participants to stay invested to allow time for the underlying asset being AB InBev shares to appreciate in value and allow time for the debt to be serviced and reduce, thereby improving the value. The scheme is perpetual and will remain listed indefinitely,” SAB told Business Insider South Africa.

“The public will be able to exit based on what the market is willing to pay for their shares on exit – on a willing buyer/ willing seller basis. Ideally, value is generated over time and positive company results of the world’s largest beermaker AB InBev,” the company said.

Employees of SAB will have to wait five years before being able to trade.

How to buy shares

Qualifying individuals can buy shares through a JSE broker or their bank’s share trading platform.

The scheme, which will remain listed indefinitely, will be brokered by Investec. I can be contacted on 0861 900 903 once the company lists.

Pfizer to vaccinate Olympians; Moderna vaccine works for those 12-17 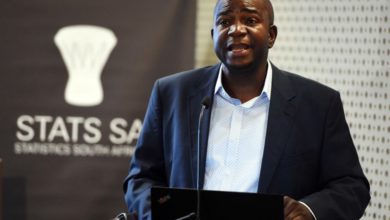