The Department of International Relations and Cooperation says it will be unable to take in Afghan refugees whose country has fallen under the control of the Taliban.

The government said it noted the overtures made to the country to consider receiving a number of Afghan nationals who have sought refuge in Pakistan.

“The request is that they be accommodated in South Africa en route to their final destinations. The South African government is unfortunately not in a position to accommodate such a request. South Africa is already home to a substantial number of refugees and is seized with addressing their needs.”

The department added most of the refugees already benefitted from social assistance and free medical health programmes.

IN QUOTES | World leaders react to the Taliban takeover of Afghanistan

“In terms of international law, the well-being of the refugees is best served by remaining in the first country of arrival – Pakistan – pending their final destinations.”

The UN said it was bracing itself for a possible exodus of up to 500 000 more Afghan refugees by the end of 2021, AFP reported.

It added while there was not a flood of people fleeing across the borders, it was working on plans for that to change as the crisis deepened.

Business at standstill at Harare City Council over two ‘mayors’ 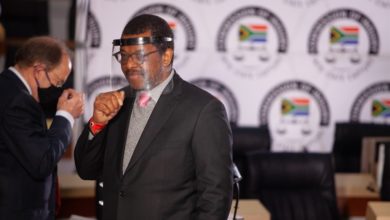 Dali Mpofu to be investigated over ‘shut up’ comments, tweet – General Council of the Bar