BATSA, therefore, wants calls for an urgent inquiry into the situation to be stepped up. This is in reaction to the results of a new “mystery shopper” survey, which BATSA commissioned independent market research company Ipsos to do. The study was undertaken from 11 to 16 February.

The mystery shoppers managed to buy packs of 20 cigarettes below the minimum collectible tax rate (MCT) of R20.01 in every retail sector, from spaza shops to supermarket chains. The Ipsos “mystery shoppers” asked for and bought the cheapest pack of 20 cigarettes or ten-pack carton on offer in 4 586 statistically representative stores nationwide.

Of the 1 849 packs bought at R20 and below, 904 were packs distributed by the Gold Leaf Tobacco Corporation (GLTC), 352 by Carnilinx and 160 by Mango Investments. Remington Gold, manufactured in Zimbabwe, was sold as the cheapest available brand below MCT at 533 of the outlets visited.

The study found that 41% of retail outlets visited by the mystery shoppers sold a pack of 20 cigarettes below the MCT level of R20.01. In the Free State, this was the case in 76% of outlets visited by mystery shoppers, 73% in the Western Cape, and 62% in Gauteng. The lowest purchase price for a pack of 20 cigarettes was R9, and for a ten-pack carton the unit price dropped to just R6.30 per pack.

About 48% of outlets visited in the informal sector sold below MCT.

According to BATSA general manager Johnny Moloto, even if one allows for the possibility of some of the purchases bought by the mystery shoppers perhaps having been stolen, smuggled or counterfeit stock, the sheer volume of below-MCT purchases the mystery shoppers could buy, makes him wonder about the likelihood of some manufacturers being “complicit” in the sale of these products – whether through omission or active facilitation.

“This is tax evasion on an industrial scale. Government has a responsibility to act with urgency to stop such looting. This research is damning proof that the booming illegal trade in cigarettes is costing South African taxpayers billions of rand in lost revenue,” said Moloto.

“Criminal cartels who ruthlessly exploited the tobacco sales ban have since maintained their grip on the sector. We need a commission of inquiry as well as rapid enforcement by SAPS and SARS.”

In his view, three initiatives will make a big difference and are not difficult to achieve. Firstly, all tobacco companies should be complying with SA Revenue Service (SARS) production counter rules; secondly, government should finally ratify the World Health Organisation’s Illicit Trade protocol to fight illicit trade; and thirdly, South Africa must introduce a comprehensive track-and-trace system.

Watchdog organisation Tax Justice SA (TJSA) has called for every tobacco company in the country to submit to a comprehensive, official investigation in the wake of the latest Ipsos report.

“This is nothing less than organised crime, which is robbing decent South Africans of billions of rand desperately needed to save lives and rebuild our shattered economy. Instead of paying lip service to the rule of law, South Africa’s tobacco companies must face a full official audit to establish how illicit cigarettes bearing their name are able to flood the market,” said TJSA founder Yusuf Abramjee.

“If any manufacturer fails to pass that test, their factories should be closed down and all their brands should be seized and removed from the market immediately. In the face of such looting, the cigarette companies should be obliged to show that their books are in order and SARS must be empowered to follow the money, root out the perpetrators and lock them up.”

The South Africa Tobacco Transformation Alliance (SATTA), said it supports the statement made by BATSA regarding the Ipsos report. BATSA is one of the largest members of SATTA.

“The industry is bleeding because of illicit trading. Illicit trading poses a serious threat to our economy. The tax collection is reduced and the people benefiting are criminal cartels. We, therefore request the government to set up a commission that would deal with illicit tobacco trading, implement the minimum price level and ratify the Illicit Tobacco Protocol that they signed in 2013,” said SATTA spokesperson Zacharia Motsumi.

For Raees Saint, chair of the South African Tobacco Organisation (SATO), it is interesting that the Ipsos study, commissioned by BATSA, “surfaces” about a week after it was alleged in a report by the Organised Crime and Corruption Reporting Project (OCCRP) as benefitting from the illicit tobacco trade in Mali, West Africa. The report alleged almost all the cigarettes smuggled in Mali, came from South Africa.

In the view of Saint, BAT is attempting to change the narrative by shifting the attention to South African local manufacturers.

“As far as these allegations against our member GLTC are concerned, they are rejected with contempt. GLTC has been under permanent surveillance by SARS from March 2019 up to December 2020. GLTC has and continues to make a constant contribution to the fiscus of R200 million per month through the sales of its cigarettes,” said Saint.

“GLTC is fully compliant with all SARS regulations all well other laws governing the industry, including the implementation of the counter system.”

In the view of Saint, BATSA is simply continuing to try and muscle out local players.

Sinenhlanhla Mnguni, chair of the Fair-Trade Independent Tobacco Association (Fita), said the organisation is not shocked by what it too deems to be the latest attempt by BATSA “to deflect and divert” attention away from the allegations made against its parent company in the OCCRP report.

“We have repeatedly voiced our opinion in as far as enforcement of compliance vis-a-vis the tobacco industry along its value chain being looked at more holistically, without interference from any industry players or their agents or proxies,” said Mnguni.

“We continue to implore inter alia SARS and National Treasury, to engage with their relevant counterparts in our neighbouring countries with regards to issues of enforcement.”

“This country is currently being treated as a playground by cigarette manufacturers and traders in our neighbouring countries who act with impunity while legitimate cigarettes manufacturers in South Africa continue to be subjected to ever-increasing regulation,” said Mnguni.

“We have also welcomed the establishment of an inter-agency working group of SARS, the Reserve Bank and the Financial Intelligence Centre working jointly on combating criminal and illicit cross-border activities and we are hopeful that it will yield positive results.”

Fita believes there is no need at present for what it calls “a costly and protracted” commission of inquiry, which, in its view, will only serve to waste taxpayer money and time.

“The SAPS and other law enforcement agencies are slowly implementing mechanisms to enforce compliance and they are capable of investigating allegations of unlawfulness such as those raised by BATSA if the evidence is presented to them, without the dramatisation of the process,” said Mnguni.

“Our members are all compliant with the relevant laws of this country governing the tobacco industry and have at all times been co-operative with SARS.”

Porsche 911 GT3 Shark Blue Paint Was Inspired By A Yacht 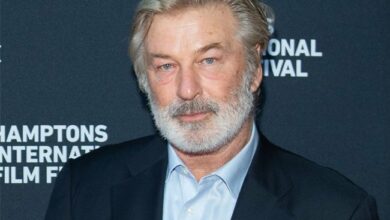 Rust shooting may have been sabotage, say armorer’s lawyers