Ryanair slumped to the steepest annual loss in its 35-year history as the coronavirus crisis devastated international travel, but Europe’s largest low-cost airline held out on hopes of a strong recovery in the coming months.

The carrier reiterated that passenger numbers this year would be at the lower end of an 80m-120m range, after an uptick in weekly bookings since early April gave it confidence that a recovery in air travel has begun.

Covid-19 restrictions led to an 80 per cent drop in passenger numbers to 27.5m and a net loss of €815m in the year ending March, in what it called the most challenging year in its history. That was down from 148.6m passengers and a net profit of just over €1bn a year earlier before the pandemic struck, but slightly better than analysts’ expectations.

In the first quarter from April to June, the airline expects to only carry between 5m and 6m passengers, as governments keep their borders shut.

Airlines are pinning their hopes on Covid-19 vaccines paving the way for the return of international travel in Europe and the US over the summer after a torrid 15 months. But the circulation of virus variants is prompting governments to be cautious about reopening their borders.

Ryanair did not give any formal earnings guidance for the current financial year, but it said it is likely to come close to break-even.

“As with other airlines in the sector, much rests on the relaxation of travel restrictions by peak summer to revive earnings,” said Daniel Roeska, analyst at Bernstein.

Cyril Ramaphosa | Israel-Palestinian violence: Too many lives have been lost

‘This Could Have Been a Zoom Meeting:’ Companies Rethink Travel 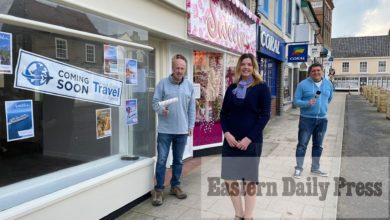