Two cruise lines are heading to the Mediterranean this summer.

On Thursday, Royal Caribbean and Celebrity Cruises both announced they will be launching 7-night sailings around Greece and Cyprus.

Both operators are requiring all passengers and crew members over 18 to be fully vaccinated against the coronavirus. Passengers younger than 18 will be allowed to board if they have a negative test result.

Celebrity Cruises — which is owned by Royal Caribbean — will launch its Mediterranean cruise first.

The operator’s newest ship, Celebrity Apex, will start sailing on June 19 and will offer 7-night journeys round trip from Athens, Greece, according to Celebrity Cruises’ announcement.

The ship will have two itineraries. The Greek Islands and Cyprus journey will include stops on the islands of Rhodes, Mykonos, Santorini, as well as along the southern coast of Cyprus.

CDC WILL NOT LIFT CONDITIONAL SAILING ORDER EARLIER THAN NOVEMBER

The Greek Islands and Israel itinerary will stop on Rhodes and Santorini, as well as in Haifa, Israel and Jerusalem.

Celebrity Apex’s cruises will run through September. Passengers will be able to start booking the operator’s Mediterranean sailings starting March 30, the announcement said.

SILVERSEA’S 139-DAY CRUISE SELLS OUT IN ONE DAY

Meanwhile, Royal Caribbean will be launching its Jewel of the Seas on July 10. The ship will depart from Limassol, Cyprus, and will be able to visit Athens, Greece and the Greek islands of Rhodes, Crete, Mykonos and Santorini, according to the cruise line’s announcement.

Royal Caribbean’s Jewel of the Seas will set sail from Limassol, Cyprus, on July 10, for the operator’s Mediterranean cruises this summer.
(Royal Caribbean)

Passengers will be able to start booking those cruises starting April 7.

“I’m delighted to announce our safe and gradual return to Europe,” Michael Bayley, Royal Caribbean International’s president and CEO, said in a statement. “We know how eager our guests are to enjoy a getaway this summer, and these sailings, which include a mix of fantastic destinations and must-visit islands, make for the perfect getaway.”

Aside from requiring everyone to be fully vaccinated onboard its ships, both cruise lines said passengers will have to follow the travel requirements of their departing country, which can be found on their respective tourism and government websites.

Royal Caribbean and Celebrity Cruises both also said their health and safety protocols “may evolve” over time.

Last week, Royal Caribbean announced it would begin “fully vaccinated” Bahamas cruises in June, after the success of its three- and four-night “ocean getaway” trips from Singapore with no stops aboard its Quantum of the Seas.

The cruise line is also set to resume journeys aboard its Spectrum of the Seas and Voyager of the Seas out of China next month, as well as “fully vaccinated” cruises aboard its Odyssey of the Seas from Israel to the Greek Isles and Cyprus starting in May, Fox News previously reported. 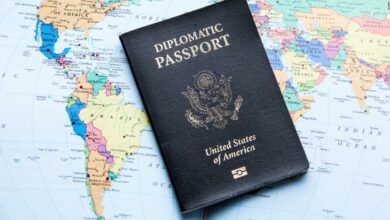 Diplomatic passports and other travel documents that open doors 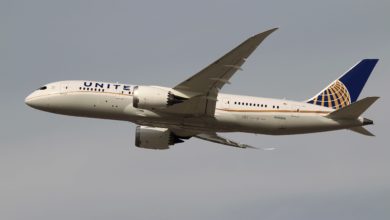