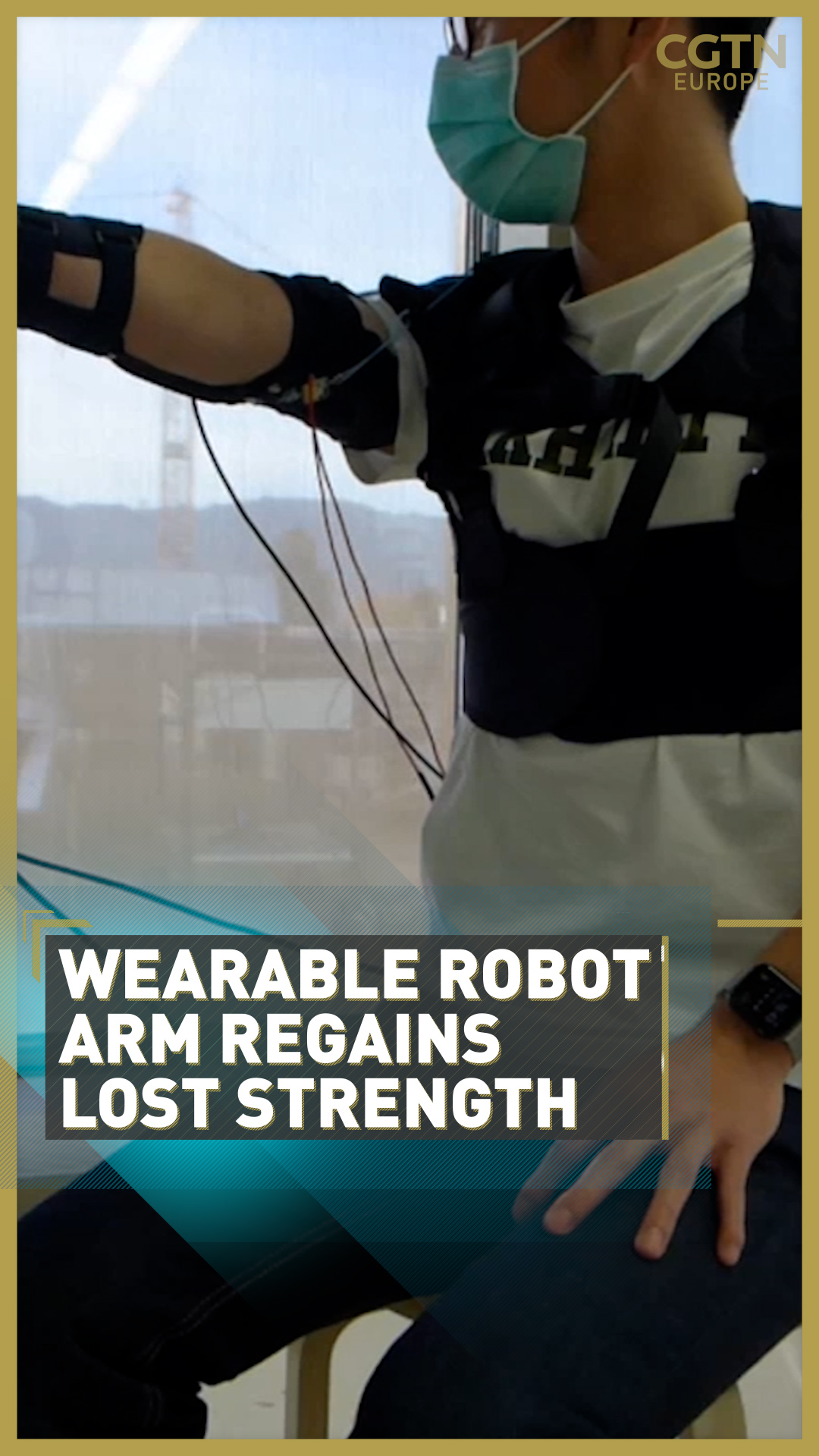 Researchers say a wearable robot they have created, which acts like an external layer of muscles, could potentially help millions of muscular dystrophy, multiple sclerosis, and stroke patients regain lost movement.

Many such patients often struggle to lift or carry items, due to chronic weakness in their arm muscles.

In lab-based tests Myoshirt increased the lifting endurance of a patient with muscular dystrophy, and another with a spinal cord injury, by up to 600 percent.

Its creators at Swiss Federal Institute of Technology in Zürich (ETH Zurich) believe the prototype device could be ready for the market within two years. 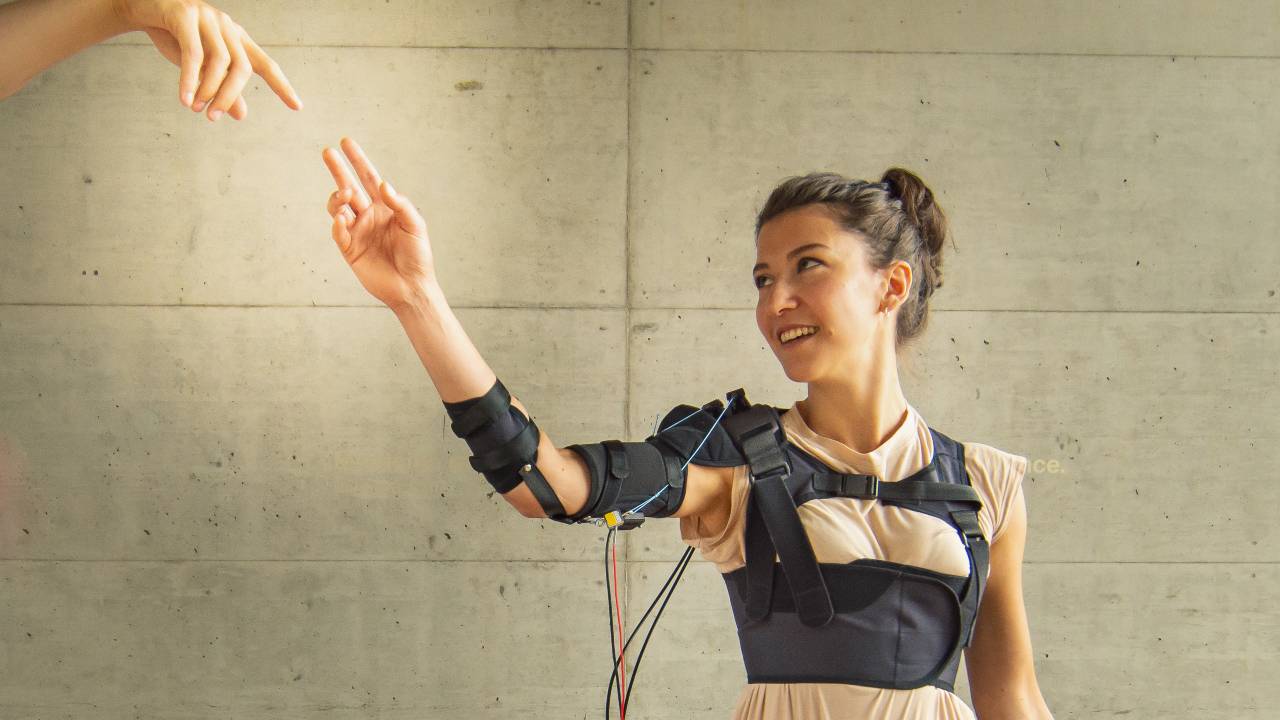 The Myoshirt is worn like a corset and can increase arm strength by up to 600 percent. /Florian Haufe

The Myoshirt is worn like a corset and can increase arm strength by up to 600 percent. /Florian Haufe

The Myoshirt is a soft, wearable exomuscle worn like a corset, with cuffs for the upper arms. Sensors embedded in the fabric attached to a control box use an algorithm to detect the wearer’s intentional movements and the amount of force required to make it.

Lead researcher Michele Xiloyannis told CGTN Europe: “This corset is attached to the person’s trunk (torso). Two anchor points, at the upper and lower arm, are connected by artificial tendons which behave exactly like biological tendons, but driven by electric motors instead of our muscles.”

Wearing the device, Xiloyannis demonstrated how it works. “Myoshirt has the intelligence to understand the movements that I’m making and follow them. I don’t feel restricted by the robot, which is synchronized with my movements. Patients can move freely and naturally as they would without the robot, but receive additional assistance, with their biological muscles needing to do much less work.”

Xiloyannis said the Myoshirt and control box is always in sync with the user’s movements and can be tailored to their individual preferences, with the wearer able to override the device.

Initial tests took place with 12 participants – ten people without any physical impairments, one person with muscular dystrophy and one person with a spinal cord injury.

“In the pilot tests with patients, what was really surprising was that the device could increase their endurance by up to 600 percent,” said Xiloyannis.

“Also, the tests with the healthy participants showed the device worked in parallel with the human muscles and reduced the effort needed from biological muscles to perform a movement. Specifically, we showed that we can reduce gravitational forces, as the device can make your arm feel almost weightless.”

A larger study is now planned. 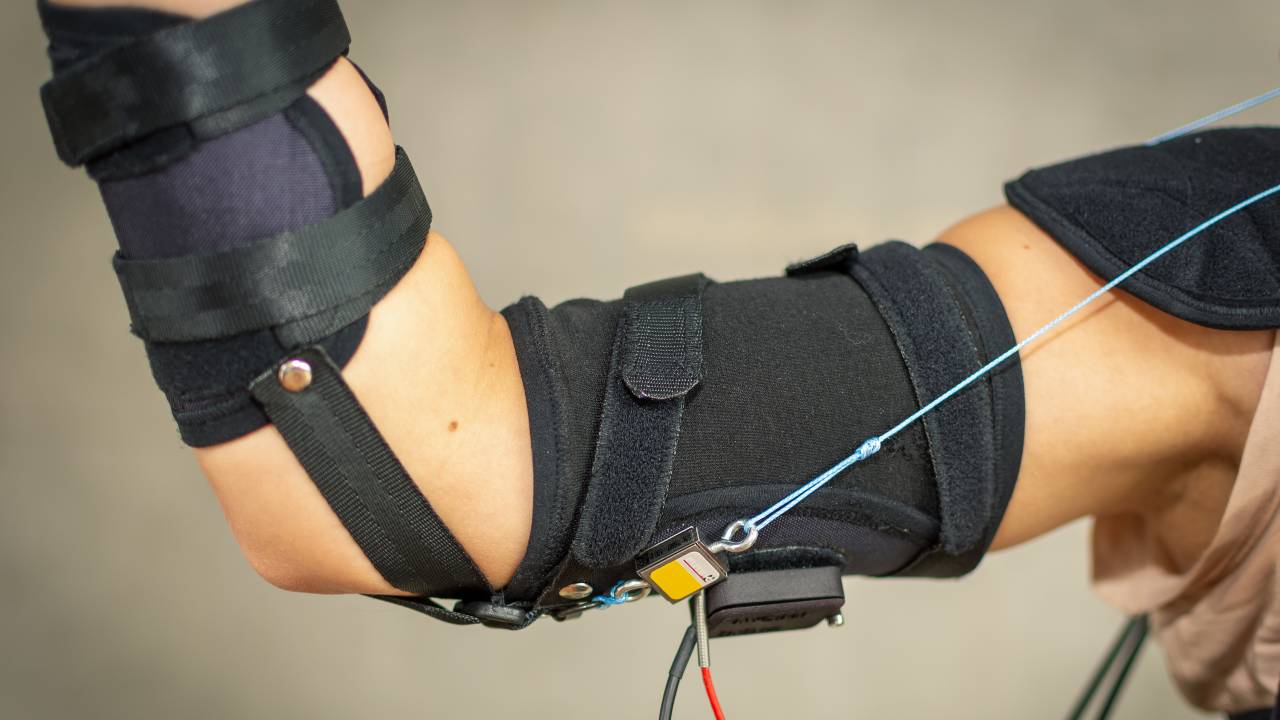 Myoshirt’s artificial tendons behave exactly like biological tendons, but driven by electric motors instead of our muscles. /Florian Haufe

Myoshirt’s artificial tendons behave exactly like biological tendons, but driven by electric motors instead of our muscles. /Florian Haufe

According to his colleague Marie Georgarakis, “there are few technical aids that patients can use directly in their everyday lives and draw on for assistance in performing exercises at home. We want to close this gap.”

Xiloyannis says the Myoshirt will be “lightweight, portable and easy to use so that people can use it in their daily lives.”

Richard Francis, Stroke Association Head of Research, said: “While this research is interesting, we need more research to see if it is useful in a rehabilitation context for stroke patients – for example, whether it hinders or helps the recovery of arm muscles during physiotherapy.

“With more research, this approach may have the potential to be a promising rehabilitation aid, to help people affected by stroke conserve their strength, reduce fatigue, and therefore allow them to shift their focus to dealing with these other problems,” he added.

Once the size of the control box and motor is reduced, researchers say the weight of the device will be halved to under two kilograms and could potentially be available for around $5,000.

The team is working closely with ETH spin-​off MyoSwiss AG, which manufactures and markets soft exoskeletons. 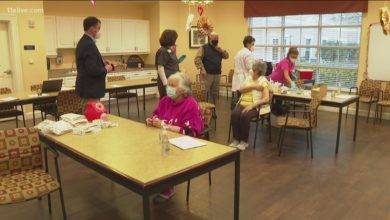 COVID cases, deaths in nursing homes decreased by more than 90% since vaccine administration: New re – 11Alive 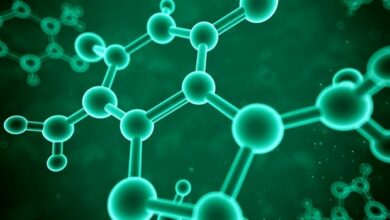 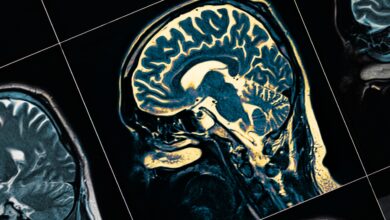