The state had allowed supporters to watch games on the pitches but due to the surging Covid-19 cases, that directive has been revoked

The government has moved to suspend the initial plan that allowed the return of Zambians to football stadia in November.

Initially, the Zambians had been banned from the stadium due to the emergence of the coronavirus but after broad deliberations between the Ministry of Health and Football Association of Zambia (FAZ), the ban was lifted in November.

But a recent spike of the coronavirus cases has forced the government to set aside the order and ban stadium attendance again.

“Following a recent spike in the number of Covid-19 cases reported in Zambia, the government has announced a ban of football fans from stadia in the 2020/2021 football season,” FAZ announced.

“In this regard, the Football Association of Zambia wishes to inform its stakeholders and all members of the football family that with immediate effect, there will be no fans who will be allowed inside football stadia as a precautionary measure.”

FAZ general-secretary Adrian Kashala stated the federation is ready to adhere to the new order by the Minister of Sports Emmanuel Mulenga until a time when a contrary notice is given.

“The health of players, officials, fans and other stakeholders remains our priority,” Kashala said.

“The decision by the government to prohibit fans from stadia will allow us to continue with a football under the new normal based on the advice we have received from the Ministries of Health and Sport.”

The FAZ official further stated the federation and the Zambia Medical Association will work hand in hand to ensure the players’ safety is taken into serious consideration. He also said their main priority is to see the ongoing league games are played in the safest of environment.

“The clubs must take responsibility and act in a responsible manner in the new normal and also I appeal to football-loving fans to adhere to the health guidelines and not to force their way into the stadium,” he added.

“We appeal to all clubs to ensure that they follow all Covid-19 health guidelines such as putting in place handwashing facilities, sanitising, social distancing and masking up without fail.

“These measures will help in ensuring that football continues to be played despite the prevailing situation in the country.”

The Zambian Super League and the lower competitions are ongoing and organisers will now have to adhere with the outlined new guidelines. 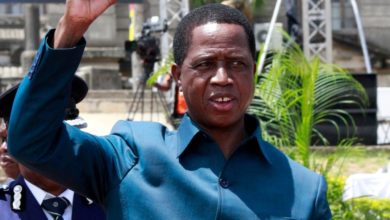