This weekend’s Classic Sale at Silverstone sees eight vehicles offered for auction by journalist and TV star, Richard Hammond. Proceeds from the sale will fund Hammond’s new Discovery+ TV venture, in which he runs a classic car restoration business.

The eight cars and bikes all have personal meaning to Hammond, but their sale will give “life back to countless other classic vehicles.”

As part of the Silverstone Classic event, Hammond’s vehicles will be sold on Sunday 1 August. We take a look at what’s up for grabs, along with other lots listed for the Classic Sale.

Hammond is renowned for his love of the Porsche 911, so it’s no surprise to see one in this collection. Bought in 2018, he commented at the time that the 911T was “born the same year as me, though it’s in rather better condition”.

Imported from California, this 911T was one of the first to use the larger 2.2-litre flat-six engine. Although 125hp may seem tame by modern standards, the 911T can still deliver a rewarding driving experience.

The left-hand-drive Porsche comes with Fuchs five-spoke wheels, and is reported to have covered only 56,000 miles.

Hammond deliberated for months before buying this rare Lotus Esprit in 2017. Often claimed to be the ultimate road-going Esprit, fewer than 50 examples of the 350 Sport were produced.

Lotus made the 350 Sport totally track-focused, lightening the body and fitting OZ Racing wheels made from magnesium. The twin-turbocharged V8 engine was boosted to 350hp, with AP Racing brakes and stiffer Monroe suspension added.

A large carbon fibre wing on the outside, and blue Alcantara trim on the inside, were added features on the 350 Sport.

Subject to extensive restoration work during Hammond’s ownership, this Bentley S2 is noted as being ‘resplendent’. Four previous owners have enjoyed the 6.2-litre V8 engine before Hammond, with a replacement gearbox fitted two years ago.

The colour scheme of Silver Blue over Midnight Blue is how the car was first produced. A blue leather interior, featuring plenty of wood veneer, complements the exterior.

Hammond did specify to have whitewall tyres added during the restoration of the Bentley, but even he admits they are an acquired taste.

Having bought his first motorbike at just 16, Hammond has maintained a healthy number of bikes throughout his adult life. Several are part of this auction.

The Sunbeam Model 2 is one of the oldest bikes he has owned, produced at the Sunbeamland works in Wolverhampton. Powered by a 2.75hp 350cc single-cylinder engine, it benefited from a restoration in early 2000s.

Birmingham-based Velocette set speed records and won two World Championship titles between 1904 and 1971. One of its most successful model lines was the K Series, created with an eye on the Isle of Man TT race.

The KSS owned by Richard Hammond is powered by a 350cc engine, with a reputation for reliability and performance. Restored to a high standard, the KSS comes complete with Isle of Man number plates.

Proving just how seriously Hammond is taking the sale, the ‘Big-Z’ Kawasaki was bought as a 40th birthday present to himself. Yet it still finds itself entered into the sale at Silverstone.

Often described as one of the best-looking motorbikes of the 1970s, the Z900 gained a stronger frame over the Z1 that preceded it. Originally a UK-supplied bike, Hammond’s Z900 was rebuilt in the 1990s. It comes with an extensive history file to support all the work done.

A classic café racer from the 1970s, the Mk1 version of the Moto Guzzi Le Mans has become desirable to collectors.

Hammond’s own Le Mans comes with a rare period fairing, and is fitted with extras such as rear-sets and clip-on bars. Restoration work has been undertaken, with the engine rebuilt and numerous parts replaced.

Like with the Kawasaki Z900, the Norton Dominator 961 was a birthday present from Hammond to himself. In fact, the limited-edition Street was purchased for his 50th birthday, with Richard getting bike number 50 of the 50 made.

The fuel tank is handmade, the rear shock absorbers supplied by Ohlins, and carbon fibre is used for multiple parts. Despite the desirable specification, Hammond has added just 121 miles to the Dominator since buying it.

Along with the Richard Hammond Collection, the Classic Sale at Silverstone is packed with numerous other impressive cars and motorbikes. They include this prototype Bowler off-road racer. An earlier Bowler Wildcat is perhaps best known for Hammond’s “I am a Driving God” moment on Top Gear.

This particular Bowler may look like a Land Rover Defender on the outside, but underneath it uses Bowler’s own Cross Sector Platform (CSP) chassis. Powered by a 5.0-litre supercharged Jaguar V8, power output is said to be close to 570hp.

A 300-litre long-range fuel cell, air conditioning and racing bucket seats are all included. An eight-speed ZF automatic gearbox handles the power, while Brembo brakes and Bilstein suspension are fitted to control it all. Oh, and it is road legal.

Richard Hammond is reported to have said his Ferrari 550 Maranello was one car he truly regrets selling. This particular car is not the one previously owned by the star, but is a similar specification, with Rosso Corsa paintwork and six-speed manual transmission.

First supplied to Hong Kong, this right-hand-drive 550 Maranello came to the UK in 2012. It has an extensive service history, with the 485hp V12 having covered only 26,000 miles.

We can only hope the current vendor has no regrets after the hammer falls on this 550.

For the ultimate in All-American performance, the Dodge Challenger SRT Demon is hard to beat. Little more than a thinly disguised dragster, it packs a supercharged 6.2-litre Hemi V8 with an astonishing 840hp.

The Demon set numerous Guinness World Records when launched. This included the fastest 0-60 mph time of 1.9 seconds, and being the first production car to pull a wheelie. Imported into the UK by Clive Sutton, this Dodge has been driven for just 245 miles.

Having driven an SRT Demon on The Grand Tour, we imagine Richard Hammond would approve of this one.

The golden age of Top Gear in pictures

The story of the classic Porsche 911

Which countries could go on the amber list at next travel update? Red and green destinations that might change 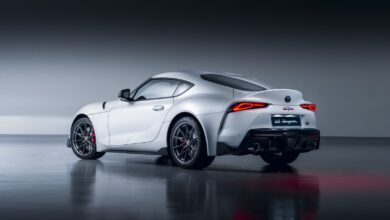 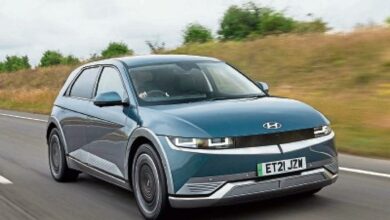