Delving into the archives of pop culture history, “Remember When?” is a CNN Style series offering a nostalgic look at the celebrity outfits that defined their eras.

In the early 2000s, it was impossible to escape “Bennifer.” Ben Affleck and Jennifer Lopez’s faces were plastered across tabloid covers and television screens, with photos showing the pair cuddling on hotel terraces, stealing kisses at restaurants and taking romantic yacht rides.

If this all sounds incredibly familiar, it’s because celebrity history is repeating itself — they appear to be a couple yet again, and are seemingly retracing their most photographed moments.
For those who need a recap, the pair were engaged in 2002 after kindling their romance on the set of “Gigli.” But they ended their relationship two years later, just days before the wedding. While it isn’t known exactly when Bennifer started dating again, Affleck was photographed visiting Lopez’s home in April of this year, shortly after she and Alex ‘A-Rod’ Rodriguez announced their four-year relationship had come to an end.
With Bennifer nostalgia at an all-time high after the singer and actress shared a birthday Instagram post of them kissing, some Twitter users have been wondering what happened to the 6.1-carat pink diamond ring Affleck originally proposed to her with.

Following their 2002 engagement, the pink diamond Harry Winston sparkler became one of the most recognizable celebrity engagement rings of all time. Other celebrities soon followed suit, with Nick Cannon proposing to Mariah Carey with a 17-carat pink diamond ring in 2008, and Ryan Reynolds popping the question to Blake Lively with a 12-carat one in 2012. The pink diamond trend goes beyond engagement rings, too — in February, rapper Lil Uzi Vert had a $24 million 10-carat one pierced into his forehead — though he has since removed the gem.

According to Sally Ryder, the founder of Ryder Diamonds and Diamond Marketplace, Lopez’s ring went against trends at the time. In the 2000s, Ryder said, the market tended towards white diamond “solitaire” engagement rings, which feature a single stone set on a band.

Instead, Affleck’s emerald-cut, pink-hued choice was unusual — especially as pink diamonds were not “all that known” in the early 2000s, Ryder said.

At the time, Lopez confirmed her engagement to Affleck in an interview with Diane Sawyer, describing how he popped the question after filling his family home with candles and covering the floor with a “quilt of rose petals.” With her song “Glad” playing in the background, Affleck read her a love letter and revealed the ring — but she said she was so overwhelmed she couldn’t initially bring herself to look at it.

“He had the ring out, but I didn’t want to look at the ring because I could tell it was pink,” she told Sawyer. “And I was just like, ‘It can’t be pink on top of this.’ It was just too much for me to handle.”

When she did eventually look, Lopez said it was the “most magnificent thing” she had ever laid eyes on — which is high praise, given it was her third engagement ring.

Ryder identified Lopez’s center stone as a “fancy intense” pink diamond, a term used by gem experts to describe stones with strong, saturated color — a quality that increases their value. She estimated that Affleck probably paid around $2 million for the ring in 2002, and said it would likely cost him at least $6 million today.

A close up of the “CTF Pink Star,” a 60 carat vivid pink diamond sold for $83 million in 2017. Credit: Murat Unlu/Anadolu Agency/Getty Images

Over the past decade, major bidding wars have broken out over gigantic pink diamonds at auction houses. In 2017, the record for most expensive polished stone was broken by a 59.6-carat pink diamond, renamed the “CTF Pink Star,” was purchased for $71.2 million. The following year, an 18.96-carat diamond known as the “Pink Legacy” sold for $50 million, an auction record for the price paid per carat for a pink diamond.
Lopez’s ring could potentially skyrocket in value, as Australia’s Argyle Diamond Mine, which previously produced more than 90% of the world’s pink diamonds, ceased production last year. That is, if she still even has it.
To the delight of Bennifer fans everywhere, there’s a strong chance she does, according to her former publicist Rob Shuter. He told Access Daily in May: “As far as I know, Jen has never returned the ring.”

Protect yourself, others by getting vaccinated for COVID-19 - Mayo Clinic 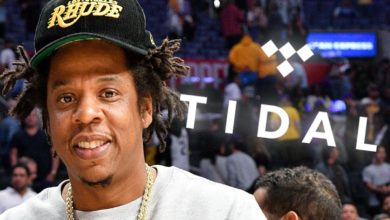 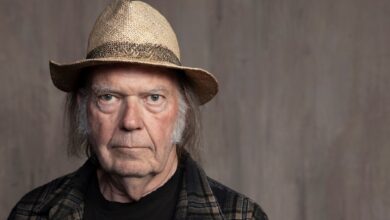 Petition to cancel Colton Underwood show over past harassment claims gets over 21,000 signatures