Two years after committing to cut its net emissions to zero by 2050, Swiss Re gave more specifics Tuesday on how it plans to achieve its target.

The world’s second-largest reinsurer said it intends to reduce the carbon intensity of its corporate bond and equity portfolio by 35% from 2018 levels by the middle of the decade. It also plans to phase out providing coal insurance to Organisation for Economic Cooperation and Development member states by 2030 and the rest of the world by 2040. In addition, Swiss Re unveiled an internal carbon levy of $100.

A swath of financial-services companies have pledged to reach net-zero emissions by 2050, which is consistent with the timeline that scientists have specified as necessary to limit global warming to 1.5 degrees Celsius above pre-industrial levels, the more ambitious goal of the Paris Agreement. While it’s easy for company managements to set goals for three decades from now, investors and activists are paying greater attention to shorter-term targets.

“Signing up to net-zero emissions by 2050 and setting concrete climate targets are important first steps,” Swiss Re Chief Executive Officer Christian Mumenthaler said in a statement. “What needs to follow now is action.”

The reinsurer will introduce new thermal coal exposure thresholds for reinsurance and insurance that will decrease over time until a complete coal exit is achieved, according to the company’s statement. A Swiss Re spokeswoman declined to be more specific.

Swiss Re’s carbon levy applies to its direct and indirect operational emissions, including from business travel, and is designed to encourage further emissions reductions. The levy, which will step up over time to $200 per ton of carbon dioxide from an initial $100, also is designed to provide funding for carbon-removal projects, the company said.

McKinsey & Co. said in a report last month that given the increasing focus among policymakers on climate change and carbon emissions, a number of companies are experimenting with internal carbon pricing and charges based off the amount of carbon dioxide emitted from assets and investment projects. In doing so, the companies are able to see how their emissions can impact their profit-and-loss statements and investment choices.

Swiss Re also said it intends to increase investments in renewable and social infrastructure by $750 million and expand its green, social and sustainability bond exposure to $4 billion by the end of 2024 from $2.6 billion at end of 2020. 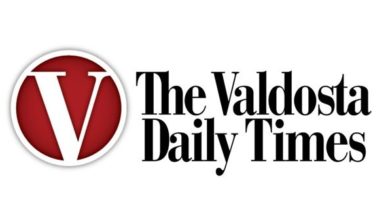 5 things that will make or break South Africa over the next year: Nedbank economics chief