Pole position qualifier Max Verstappen of Netherlands and Red Bull Racing celebrates in parc ferme during qualifying ahead of the F1 Grand Prix of Bahrain at Bahrain International Circuit on March 27, 2021 in Bahrain, Bahrain.

• Max Verstappen maintained his dominance right to the end and claimed the first pole of the season.
• The Red Bull driver was fastest in all sessions ahead of the 2021 Bahrain Grand Prix on Sunday.
• Lewis Hamilton starts the race next to him in the front row in P2.
• For more motoring stories, go to Wheels24.

Max Verstappen maintained the momentum he built in pre-season by claiming the first pole position of the campaign ahead of Lewis Hamilton at the Bahrain Grand Prix.

Red Bull teased a possible title challenge in testing, quickest of all around the Sakhir circuit. The question was, were Mercedes weighed down by sandbags.

The answer to that is a simple yes as, when it came down to it, Hamilton challenged Verstappen in Saturday night’s qualifying.

Are you excited about the 2021 F1 season since it seems Mercedes might no longer be the dominant team? Please share your thoughts in the comments section below.

MAX: “We had a great testing week but there are no guarantees it translates to race weekends. The car has been working really well and of course I’m happy with pole.

“I’m looking forward to tomorrow. We need to get a clean start and take it from there”#BahrainGP ???? #F1 pic.twitter.com/jmaErzQS2B

In the end, though, it was the Dutchman who secured the coveted grid slot ahead of the seven-time World Champion and Valtteri Bottas.

The opening qualifying session of the season began under lights at the Sakhir circuit with the track temperature at 34’C and, problematic for the drivers, gusts of wind.

Nikita Mazepin was the first to fall foul of the conditions as he lost it at Turn 13, his third spin of the weekend. He later brought out the yellow flags as he spun again, a fourth time, at Turn 1 on his final hot lap.

There were also problems for Verstappen. Although he went P1, the Red Bull driver was soon on the radio asking his team to check his floor because he was wide through Turn 2 over the kerbs.

LEWIS: “Congratulations to Max, so fast on that last lap!

“I absolutely gave it everything I had, but unfortunately it wasn’t good enough. There’s always more, but it was the best I could do, I got everything I could from the car.”#BahrainGP ???? #F1 pic.twitter.com/NWFlQT94Ip

Despite not venturing out again Verstappen finished P1 ahead of AlphaTauri rookie Yuki Tsunoda and Hamilton.

Carlos Sainz was another to have a moment on the kerbs with his Ferrari cutting out on his final flying lap. He was able to get the car restarted and back to the pits with his previous best good enough to sneak into Q2.

Vettel said: “There was potential to be a lot faster. We had the issue with the yellow flag during the lap, which made it impossible to come back.”

Tyre gambles, and strategy, came into play in Q2 with both Red Bulls, the Mercedes drivers, the AlphaTauris and the McLaren pairing heading out on the medium Pirellis. The rest of the top 15 opted for the softs.

Sergio Perez and Daniel Ricciardo both had their opening gambits times deleted for running wide at Turn 4. Ricciardo made it through while Red Bull’s decision to send Perez out again on a fresh set of mediums backfired. The Red Bull newcomer failed to make it out of Q2, finishing 11th fastest.

He dropped out along with Antonio Giovinazzi, Tsunoda, Kimi Raikkonen and George Russell.

.@alo_oficial said he was struggling with confidence with the rear of the Alpine. “I’m happy with 9th!” said Alonso. “I came with some confidence into quali, but in a way it was better than expected. I will be happy if I score points – Top 10 is possible!” #F1 #BahrainGP pic.twitter.com/JHg1B1P3LJ

Sainz topped Q2 with a 1:30.009, 0.001s ahead of Leclerc, the Ferrari team-mates having run the soft tyres. It was also the first session of the weekend in which Hamilton beat Verstappen.

Soft tyres were the order of the session for Q3 where it was all about raw pace – who has it, who doesn’t.

Verstappen and Hamilton had it, the two protagonists immediately jumping up to first and second, separated by 0.023s.

Behind them Pierre Gasly lined up third, but almost half a second down, while Valtteri Bottas was fourth. Lance Stroll, Leclerc and Fernando Alonso did not set times in the first run.

Both Mercedes drivers improved on their second laps but it wasn’t enough for Bottas, P3, with Hamilton going quickest of all. Verstappen was yet to cross the line…

He clocked a 1:28.997 to take pole by 0.388s with Hamilton joining him on the front row of the grid. Bottas and Leclerc will make up row two ahead of Gasly and Ricciardo.

Theme parks can reopen with indoor rides and outdoor lines 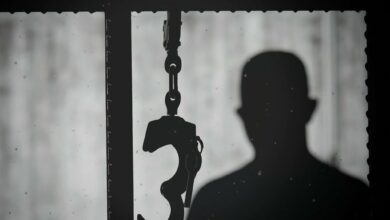 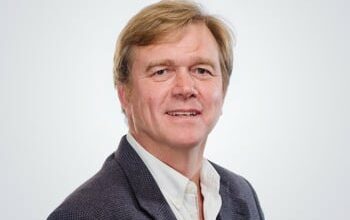