Actor Raveena Tandon shared a throwback video from her 2000 visit to Botswana’s Okavango Grassland. She is seen sitting in an open jeep very close to the lionesses.

Sharing the video, on the occasion of International Forest Day, she wrote: “#throwback . In the year 2000. My trip to the #okavangodelta . #botswana #missyoumadmike Had been for many safaris before as a kid with my dad, but domestic, my first encounter with the Panthera Leo species, this gorgeous pride of females , alert out to make a kill for their pride.”

She narrated how they were too close for comfort but turning back was not an option. “Was on a professional vehicle with my camera, and sitting on the open camera seat on the bumper of the jeep, when we encountered them, did not have the time to jump into the back. Really did not have the guts to look into their eyes, (they literally pierce through your soul), if any of them thought I was a good meal, then with many more trips into this wonderful world of the wild, I realised, Humans are actually not on the menu, Animals only attacked if provoked or threatened. We are the most dangerous species , we’ve ruined their habitat, invaded their homes and committed genocide, our wildlife needs to be respected and we need to do@all in our power to protect our cospecies on this planet. And not ruin and ravage our planet anymore. #internationalforestday.”

The video shows Raveena seated alone, just metres away from “pride of females” as they sit. At one point in the video, Raveena whispers about how one particular lioness was ‘scratching and licking its paw’.

Her fans expressed their sentiments in the comments box, one said: “Wow !! This must have been an experience etched forever.” Another said: “Our brave Queen.” A third person said: “U r so brave.”

Looks like Raveena is fond of wildlife. Earlier in March, she had shared pictures and video of herself from a safari and had written: “#wadinginthewild , for me it’s always the wild wild world.” She was seen sitting in an open jeep with a huge camera in hand. In a video with the post, a leopard was seen sitting at the far end under a tree.

On the occasion of World Wildlife Day on March 3, she had shared another majestic picture of a royal Bengal tiger, elephants and deers and had written: “A very happy #WorldWildlifeDay everyone. Most of our wildlife is now on endangered lists. As children of mother earth, it’s our responsibility to protect our planet and our fellow species ,The future of wildlife is in our hands, so let’s pledge today to give it our all and save and protect our beautiful wildlife and their Habitats,let’s make this world beautiful,healthy and greener , to be in for the generations to come.sharing some of the beautiful moments I’ve captured on my camera to celebrate today and each day our beautifulplanet and teach our children love kindness and compassion for our co species . #worldwildlifeday Photography by Raveena Tandon #worldwildlifeday2021.” These were also from one of her many visits to wildlife sanctuaries.

On work front, Raveena will be seen next in Kannada/Hindi film, KGF 2. The films stars Kannada star Yash and Sanjay Dutt as adversaries. Raveena reportedly plays a politician in the film.

Raveena Tandon is celebrating her youngest daughter Rasha Thadani’s 16th birthday on Tuesday. She took to social media to share several pictures of her.

Filmmaker JP Dutta’s daughter Nidhi Dutta tied the knot in Jaipur on Sunday. Pictures and videos from the wedding are being shared online by the Bollywood stars who attended the grand nuptials. 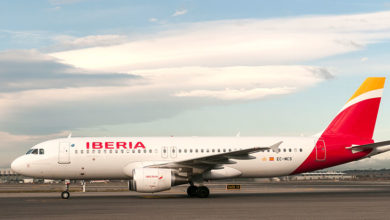