Hours before the broadcast of Meghan Markle and Prince Harry‘s controversial tell-all interview with Oprah Winfrey, his grandmother Queen Elizabeth II addressed the world and spoke of unity.

The 94-year-old U.K. monarch did not mention the couple in her comments, made in a pre-recorded and scheduled TV address to commemorate Commonwealth Day, a celebration of the Commonwealth of Nations. A video of the message by the queen, who is seen walking and then speaking in a voice-over amid footage of masked healthcare workers and schoolchildren in Commonwealth nations, was released online and also aired on the BBC on Sunday, March 7, a day before the actual Commonwealth Day 2021.

“Over the coming week, as we celebrate our friendship, spirit in unity and achievements of the Commonwealth, we have an opportunity to reflect on a time like no other,” the queen said. “Whilst experiences of the last year have been different across the Commonwealth, stirring examples of courage, commitment and selfless dedication to duty have been demonstrated in every Commonwealth nation and territory, notably by those working on the frontline who have been delivering healthcare and other public services in their communities. We have also taken encouragement from remarkable advances in developing new vaccines and treatments.” 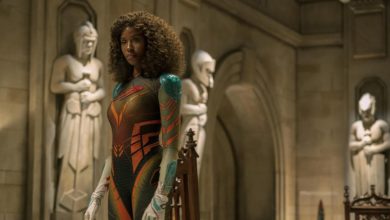