A simple question about a road rules has sparked debate over the difference between the letter of the law and common courtesy on the roads.

The Queensland Department of Transport and Main Roads quizzed its Facebook followers on Monday with a simple diagram about merging onto motorways, but even the department acknowledged it was more important to be courteous and safe.

The department posted the below image showing a number of cars trying to merge onto a motorway.

“The driver of the orange car wants to merge onto the motorway. They know they have to give way to traffic already in the lane they‘re moving into — but does that same rule apply if the motorway’s congested?” The department asked.

After much discussion the department revealed that traffic congestion doesn’t change the applications of road rules, but emphasised safety and courtesy.

“A driver travelling in a marked lane which is ending and is required to cross a broken painted line (for example, an on-ramp), must give way to the traffic travelling in the lane being entered,” the department said.

“However, courtesy is a very important part of sharing the roads. When driving on a motorway, you should watch for other vehicles entering from an on-ramp and adjust your speed and/or lane to allow them to enter safely,” it added.

While some commenters called for a strict adherence to the law from all road users, others were willing to accept grey areas on the road.

“No one owns the road, we all share it together,” wrote one. “So common courtesy should be applied, and one-for-one rule should be used.”

Some commenters took the opportunity to complain about other driver behaviour.

“This is QLD remember. Put your blinker on and you can do anything you want! Forget courtesy and common sense. Drive in the right hand lane for as long as you want.”

“Some people drive so fast from a merging lane onto a highway (when congested), that you have no choice but to slow down and let them in. Otherwise you will hit them,” one frustrated motorist said.

The confusion over whether to adhere to the law or apply common courtesy had some promoting their own barometer for whether a motorist is in the right or not.

“If you pull out on anyone and have to make them brake or change direction you’re in the wrong,” wrote one commenter.

Others took issue with the design of the motorway used as an example not providing enough safe ways to merge.

“How about instead of your stupid question time on FB, don’t design a motorway with no slip lanes to merge,” one annoyed Facebook user advised.

“Where in Queensland would such a situation actually exist — a road entering onto a three lane motorway without a proper merging lane, pavement marking and signage?” Another pedantic poster opined before another commenter stepped in and agreed with the department’s explanation.

“It’s just a drawing, the post explains the situation … use some common sense.” 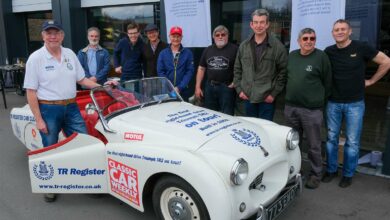 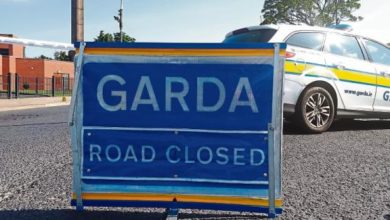 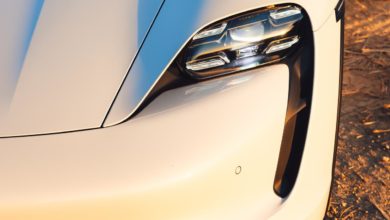