PREMIER Soccer league clubs have welcomed the three year sponsorship deal which will see more than a million United States dollars being availed each year.

The Premier Soccer league’s 3.3 million United States dollar sponsorship package for the next three seasons has been welcomed as the right tonic ahead of the resumption of domestic football next week.

“We are pleased with this sponsorship especially coming from a difficult time now we can have the confidence we need to more things a gear up,” said Isaiah Mupfurutsa, Dynamos Chairperson.

“This sponsorship shows that sponsors have faith in our local game and its upon us to do more and attract more,” said Tafadzwa Bhasera, Harare City FC Chief Executive Officer.

“We are happy, this is what we needed, it’s now upon us to build and protect the PSL brand,” said Colonel Edward Mutukwa, Black Rhinos Secretary General.

“This give us confidence and thr the boys will geared up and now this gives us confidence that football will be running throughout the year,” said Tafadzwa Benza, Herentals Chairperson.

“We are so grateful to the sponsors, we have done our part and they have also done their part now for Ngezi it’s time to get down to business and we are confident that we will be playing for something substantial,” said Nyasha Kadenge, Ngezi Platinum Stars CEO.

The unveiling of the Sponsorship package comes at a time Premier Soccer League teams are preparing for the season opening Chibuku super Cup which kicks off next weekend in four different centres.

While the actual prize money for the Chibuku Super Cup has not yet been announced, 375 thousand United States dollars has been set aside for the tournament.

The biggest chunk went to the League competition through a purse of 700 thousand United States dollars.

Winners of the League and Chibuku Super cup will then battle it out in the Castle Challenge Cup where 55 thousand United States Dollars has been set aside.

Loga now in a better mood 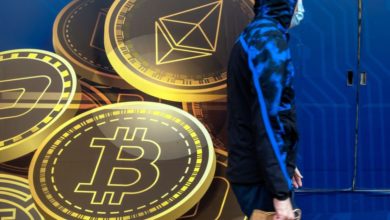 Is Zimbabwe softening its hard line on crypto? | Crypto News