The announcement of the alcohol ban—which took many citizens and businesses by surprise—follows two prior lockdowns and alcohol bans in the country last year. The first was put in place March 27 and lifted on June 1; the second lasted July 12 to Aug. 17. SAB claims that the two alcohol bans caused 165,000 job losses and pushed 100,000 South Africans into poverty. In 2018, the beer industry was responsible for 1.5% of the country’s total gross domestic product. Such policies also have ripple effects that reach alcohol makers in other countries: European spirits producers sold $313 million in exports to South Africa in 2019.

The current ban is set to expire Jan. 15, though there’s concern within the alcohol industry that it will be extended, as it has been in the past. During this time, illegal alcohol sales have proliferated as bars, restaurants, and breweries sell off perishable products and fight for economic survival. The Beer Association of South Africa (BASA), a trade group representing alcohol producers, estimates illicit alcohol accounts for 15% of all alcohol sales in 2020 by volume.

The world’s eyes remain fixed on South Africa as a case study in the consequences of alcohol prohibition during a public health emergency.

The lawsuit from SAB pits South Africa’s largest brewery against the government’s orders, while testing shows a 30% positivity rate of COVID infections in the country, up from 15% on Dec. 10. The situation reflects similar challenges facing governments like those in the U.S. and U.K., who continue to watch the pandemic death tolls rise even as restrictions inflict economic hardship on the hospitality sector. Those countries’ positivity rates as of Jan. 4 were 12.3% and 12.8%, respectively. The U.S. response has been a yo-yo of confusing and sometimes contradictory public health guidelines that have left citizens weary and divided over how to proceed.

In the short term, South Africa’s past alcohol bans have worked to reduce trauma cases in hospitals. Under a previous ban, those cases dropped by roughly 60%, according to government data cited by the Associated Press. That alleviates pressure on a healthcare system already overburdened by the pandemic; in late December, some hospitals were reported to be out of ICU beds, and using waiting rooms as wards. President Ramaphosa cited hospital capacity explicitly in his lockdown announcement.

“According to the data we have, with every relaxation of the restrictions on the sale of alcohol, the number of trauma cases reporting at our hospitals has increased,” he said.

However in the long term, the alcohol ban has lasting negative consequences, namely job losses, a drop in taxes collected on alcohol by the government, and bootlegging.

“Prohibition also enables the illicit alcohol market, which currently accounts for 15% of all alcohol sales by volume,” wrote Patricia Pillay, BASA’s CEO. “As we have seen from the earlier levels, people who abuse and drink alcohol to excess on weekends will find a way to do so regardless of these restrictions.”

Indeed, Corne says illegal alcohol sales have flourished during the lockdowns. Restaurants and bars have begun selling “lockdown coffees”—alcohol poured into coffee cups or teapots, which people buy and drink in the streets.

“Craft beer was circulating in blank silver cans because breweries didn’t want their names on it,” Corne says. “In WhatsApp groups, your average housewife or suburban couple was suddenly selling all kinds of [alcohol].”

She says the country’s wineries may fare slightly better than its breweries during the ban, as wine is able to be stored for longer periods of time than beer. Of South Africa’s roughly 215 craft breweries, Corne says she expects many more could close if the on-again, off-again cycle of prohibition continues.

Corne also notes that South Africans’ drinking patterns are an important frame to keep in mind when considering the country’s alcohol regulations. She says the majority of South Africans don’t regularly drink, but among those who do, there are significant rates of binge drinking and alcoholism. According to the World Health Organization, South Africans consumed the fifth-highest amount of alcohol per capita in the world in 2016 (the most recent year of data available), despite the fact that only about one-third of the country’s population regularly drinks beer, wine, or spirits.

Even BASA’s Pillay notes that “our country has developed an unhealthy culture of drinking to excess, particularly at weekends.”

A 2018 survey conducted by the Southern Africa Labour and Development Research Unit in the School of Economics at the University of Cape Town, South Africa found that while just 33% of the adult population regularly consumes alcohol, 43% of those drinkers report drinking five or more standard drinks per typical drinking occasion (a rate researchers define as binge drinking).

Corne says such binge drinking has led to an association between alcohol and crimes like drunk driving and domestic violence. If other countries could learn anything from the alcohol ban in South Africa, she says it’s to put “a bigger focus from the alcohol industry on promoting responsible drinking.” Corne notes that SAB and other alcohol producers have put “a huge emphasis” on responsible drinking, but reality hasn’t caught up to those efforts.

That’s led the government to justify the most recent ban “on the basis that alcohol itself was a social evil that required eradication in its entirety,” according to a statement from BASA. BASA, as well as member brewery SAB, have argued the government should explore restrictions on alcohol sales and social gatherings rather than an across-the-board ban. But government officials say it is bars and taverns that are fueling infections. Nelson Mandela Bay acting mayor Thsonono Buyeye said in late November the alcohol industry is the leading contributor to increasing case numbers in his city.

The U.S. has seen less successful neo-Prohibitionist movements emerge as a result of the pandemic. Those also make arguments about public safety, morality, and health to argue against much tighter regulations of alcohol, if not its complete eradication. But as South Africans have experienced during these lockdowns—and as the U.S. learned during Prohibition—an alcohol ban doesn’t mean citizens can’t procure and consume alcohol. 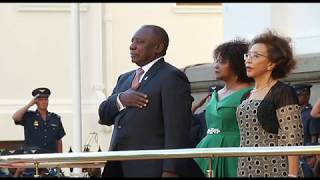 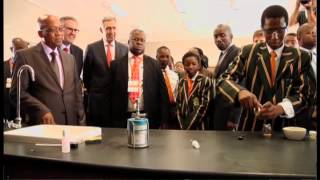 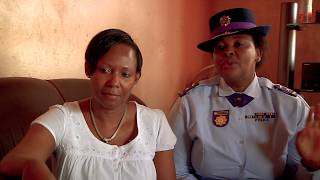 SoNA2020 – Progress on Gender Based Violence 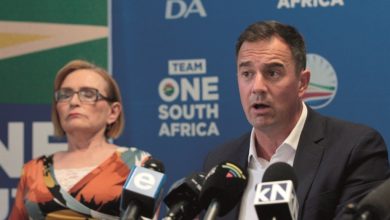 Zille: ‘ANC has to crumble’ to get DA to Union Buildings