Prince Philip, the Duke of Edinburgh and husband of Queen Elizabeth II who died last week at age 99, will be laid to rest on Saturday after a funeral service at St. George’s Chapel in Windsor Castle. His send-off will be highly unusual — in part because coronavirus restrictions meant the ceremony had to be scaled back, but also because it comes just after a very public airing of a family rift.

Pandemic rules in Britain have meant that the funeral will be pared down, with adjustments that include a limit of 30 guests at the church service. The queen and select family members will all be wearing masks and seated six feet apart.

The subdued service will reflect not only the reality of life in a pandemic, but also Philip’s own wishes for the ceremony, Buckingham Palace said in a statement this week. The prince was deeply involved in the organization of the event, which was years in the planning.

Before the ceremony, Philip’s coffin will be moved on Saturday afternoon from a private chapel in Windsor Castle to the castle’s Inner Hall, where prayers will be said.

The ceremony will be rich with symbolism and nods to Philip’s life of service to the royal family and to the nation. The Grenadier Guards, a centuries-old regiment of the British Army, which the Duke of Edinburgh served as a colonel for more than four decades, will place his coffin on a hearse that the prince helped design. The vehicle, a modified Land Rover Defender, will then lead a small procession toward St. George’s Chapel, also on the grounds of Windsor Castle.

The process of designing the hearse began 18 years ago, and tweaks were still being made up until 2019. The open-top rear section was custom-made to Philip’s specifications, and the original vehicle was repainted “dark bronze green,” typical of military use, at his request.

Philip served in the Royal Navy, seeing combat during World War II, and his naval cap and sword will be placed on his coffin before the funeral service. The coffin will be draped in his personal flag, which pays tribute to his Greek heritage and his British titles. A variety of other military groups will be represented during the procession, and a team of Royal Marines will carry the coffin into St. George’s Chapel.

Members of the royal family — including Philip’s four children, Charles, Anne, Andrew and Edward, and some of his grandchildren, including William and Harry — will walk behind the coffin as it is driven to the chapel. Those with honorary military titles are expected to wear suits displaying their medals rather than uniforms, reportedly in deference to Prince Harry, who was forced to give up his military titles when he stepped away from royal duties.

The queen will arrive at the chapel by car. Before the service begins, there will be a national minute of silence at 3 p.m. local time.

There was much speculation about how the family dynamic would play out, as the funeral will be the first time that Prince Harry has returned to Britain since stepping down as a senior royal. The service also comes just weeks after he and his wife, Meghan, the Duchess of Sussex, gave a bombshell interview to Oprah Winfrey in which they laid bare their problems with the royal family.

The funeral service will last less than an hour, and Prince Charles is expected to deliver the eulogy. A choir of four will sing music chosen by Prince Philip. They will be located some distance from the seated guests, in line with public health guidelines, Buckingham Palace said.

His body will then be interred in the royal vault in St George’s Chapel. Flags in Britain that have flown at half-staff at royal residences since his death will remain that way until Sunday.

Prince Philip, the Duke of Edinburgh who married the future queen in 1947, brought the monarchy into the 20th century.

Almost 24 years ago, the world watched as a pair of brothers, age 15 and 12, walked a mile through the grounds of Windsor Castle behind a horse-drawn carriage holding their mother’s coffin.

The image of the boys, Prince William and Prince Harry, heads bowed as they walked slowly alongside their father, uncle and grandfather, became seared into Britain’s national consciousness.

On Saturday afternoon, the eyes of the country and the world will again turn to the brothers at a different funeral — that of their grandfather, Prince Philip.

This time, much of the interest is centered on the relationship between the princes, weeks after Harry and his wife, Meghan, the Duchess of Sussex, gave a searing interview to Oprah Winfrey and spoke of their differences with the royal family. Harry also described his brother and father, Prince Charles, as being “trapped” by their roles.

William and Harry will both walk behind their grandfather’s coffin during a procession to the funeral service, but Prince Philip’s eldest grandchild, Peter Phillips, will walk between the brothers, according to plans released by Buckingham Palace.

Speculation about whether their grandfather’s funeral will help heal the brothers’ apparently strained relationship has swirled since Philip’s death on April 9. Prince Harry returned to Britain this past week from his home in California, his first visit since stepping down as a senior royal last year. Meghan, who is pregnant, remained at home on doctor’s orders, Buckingham Palace said.

In the days leading up to the funeral, the British tabloids pored over the brothers’ relationship, with the Daily Mail asking, “If you were William, could you forgive Harry?” But in public statements, both men focused on the personal loss of their family’s patriarch.

In his statement, William said of his grandfather, “I feel lucky to have not just had his example to guide me, but his enduring presence well into my own adult life — both through good times and the hardest days.”

“I will miss my grandpa, but I know he would want us to get on with the job,” he added.

Harry, in a separate statement, said that Philip had been “authentically himself” and was a man who “could hold the attention of any room due to his charm.” He added that his grandfather would be remembered “as the longest-reigning consort to the monarch, a decorated serviceman, a prince and a duke.”

“But to me,” Harry added, “like many of you who have lost a loved one or grandparent over the pain of this past year, he was my grandpa: master of the barbecue, legend of banter, and cheeky right ’til the end.”

Alan Cowell, a longtime New York Times correspondent, reflects on the death of Prince Philip and his funeral.

Elizabeth and Philip were married the year I was born — 1947 — when Britain’s deference toward its royal family had not yet been exposed to the merciless shredding that was to come. Back then, my own family might almost have seen itself reflected, albeit remotely, in their lives.

Like Prince Philip, whose funeral is on Saturday, my father had served in World War II, on deployments that were so protracted that, my mother recalled, she went three years without seeing him. In London, Buckingham Palace was bombed. So, too, were the rowhouses in Barrow-in-Furness in northwestern England where my aunts, uncles and grandparents lived, close to the shipyards targeted by the German Air Force.

When Elizabeth was crowned Queen Elizabeth II in 1953, we clustered around a small black-and-white television at a neighbor’s home to follow what was billed as the country’s first coronation to be broadcast live. Certainly, it was a moment of pomp that seemed to fete Britain’s re-emergence from postwar deprivation.

But by the time Prince Philip died last week, Britons had long ceased to march quite so closely in step with the royals. The mirror had become distant, supplanted by the oft-voiced questions: When did the sovereign family and its subjects begin to go their separate ways? And what does that bode for the future of the monarchy?

Amid coronavirus restrictions, Britain has had to adjust how it grieves over the past year. And with current rules allowing for just 30 people at funerals, the royal family scaled back plans for the service for Prince Philip.

A select handful of his closest family members will be the only ones allowed in St. George’s Chapel. They will be required to wear masks, follow social-distancing guidelines and refrain from singing, Buckingham Palace has said.

So who will those 30 people be?

First, of course, there is Queen Elizabeth II. Like the rest of the family, she will wear a face covering and sit at least six feet from other attendees.

Several family members will take part in the procession behind Philip’s coffin before they enter the chapel. The custom-built hearse will be followed by his daughter, Anne, the Princess Royal; and by his son Charles, the Prince of Wales. Directly behind them will be their younger brothers, Prince Edward, the Earl of Wessex; and Prince Andrew, the Duke of York.

Then some of Philip’s grandchildren will follow: Prince Harry, the Duke of Sussex; Peter Philips, the son of Princess Anne; and Prince William, the Duke of Cambridge, in that order.

Behind them will be the final two in the procession: Vice Admiral Tim Lawrence, Princess Anne’s husband; and David Armstrong-Jones, the Earl of Snowdon and son of Princess Margaret, the queen’s deceased sister.

Other family members will gather inside the church. Charles’s wife, Camilla, the Duchess of Cornwall, will be seated with him, and Prince Edward will be joined by his wife, Sophie, the Countess of Wessex, and their two children, Lady Louise Windsor and James, Viscount Severn.

Prince William’s wife, Kate, the Duchess of Cambridge, will also join him in the church. Prince Harry’s wife, Meghan, who is pregnant with their second child, did not travel with him from their home in California.

Zara Tindall, Princess Anne’s daughter; and the Princesses Beatrice and Eugenie, the daughters of Prince Andrew — along with their spouses — are also scheduled to be present.

Princess Margaret’s daughter, Lady Sarah Chatto, and her husband, Daniel Chatto, will attend, as will three of the queen’s cousins who regularly carry out official royal duties: Prince Richard, the Duke of Gloucester; Prince Edward, the Duke of Kent; and Princess Alexandra.

Three of Prince Philip’s German relatives will also be in attendance: Bernhard, Hereditary Prince of Baden; Donatus, Prince and Landgrave of Hesse; and Philipp, Prince of Hohenlohe-Langenburg.

And there was room for one more distant family member, Penelope Knatchbull, Countess Mountbatten, who was a close friend and carriage-driving partner of Prince Philip. She is married to the grandson of Lord Louis Mountbatten, Philip’s uncle, who was much beloved by the royal family. Lord Mountbatten was killed by the Irish Republican Army in 1979. 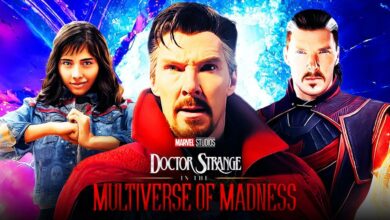 Doctor Strange 2 Leak Spoils the Main Plot of the Sequel 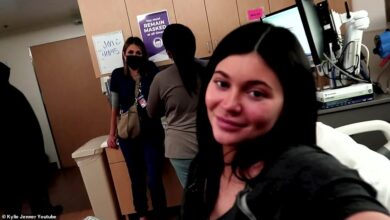 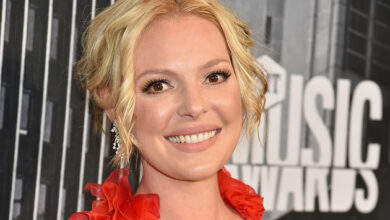 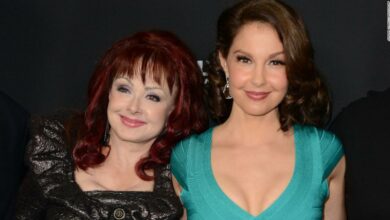