Prince Harry recalled the “heartbreaking” reaction his wife Meghan Markle had when the couple learned of the bullying allegations made against her.

Just days before their sit-down with Oprah Winfrey aired in March, the U.K. Times reported that the Duchess of Sussex faced a bullying complaint made by one of her former advisors during her time as a working royal at Kensington Palace.

In his new AppleTV+ docuseries titled “The Me You Can’t See,” which he co-created with the media mogul, Harry described how the 39-year-old broke down crying one night due to the “combined effort of The Firm and the media to smear her.”

PRINCE HARRY SAID HIS FAMILY TRIED TO STOP HIM FROM MAKING HIS ROYAL EXIT: ‘HOW BAD DOES IT HAVE TO GET?’

The former American actress’ team has strongly refuted the allegations.

“The Duchess is saddened by this latest attack on her character, particularly as someone who has been the target of bullying herself and is deeply committed to supporting those who have experienced pain and trauma,” a spokesperson for the Duke and Duchess of Sussex said in a statement sent to Fox News at the time.

“She is determined to continue her work building compassion around the world and will keep striving to set an example for doing what is right and doing what is good,” the statement added.

According to The Times, the complaint was first made in October 2018, by Jason Knauf, the couple’s former communications secretary. The complaint alleged that the former American actress drove two personal assistants out of the household and undermined the confidence of a third staff member.

The outlet reported that Knauf submitted the complaint in an effort to protect palace staffers who alleged they were being bullied by Markle. Some claimed they were even reduced to tears.

A source alleged that Harry, 36, pleaded with Knauf not to pursue the complaint. However, attorneys for the couple deny that the meeting took place or that Harry interfered with any staff matters.

The outlet said Knauf allegedly sent an email to Simon Case, who served as Prince William’s private secretary at the time. The email was then forwarded to Samantha Carruthers, head of human resources. In the email, Knauf claimed Carruthers “agreed with me on all counts that the situation was very serious,” adding, “I remain concerned that nothing will be done.”

A spokesperson for the Sussexes fired back at the allegations reported by The Times.

“Let’s just call this what it is – a calculated smear campaign based on misleading and harmful misinformation,” the spokesperson told the outlet.

“We are disappointed to see this defamatory portrayal of The Duchess of Sussex given credibility by a media outlet,” the spokesperson continued. “It’s no coincidence that distorted several-year-old accusations aimed at undermining The Duchess are being briefed to the British media shortly before she and The Duke are due to speak openly and honestly about their experience of recent years.”

Soon after, Buckingham Palace released its response to the report.

PRINCE HARRY TURNED TO DRUGS, ALCOHOL TO COPE WITH PRINCESS DIANA’S DEATH: ‘I WAS TRYING TO MASK SOMETHING’

The Duchess of Sussex is currently expecting her second child, a girl, due this summer.
(Reuters)

“We are clearly very concerned about allegations in The Times following claims made by former staff of The Duke and Duchess of Sussex,” the statement read, as confirmed by Fox News.

“Accordingly our HR team will look into the circumstances outlined in the article,” the statement continued. Members of staff involved at the time, including those who have left the Household, will be invited to participate to see if lessons can be learned.”

“The Royal Household has had a Dignity at Work policy in place for a number of years and does not and will not tolerate bullying or harassment in the workplace,” the statement concluded.

A rep for Buckingham Palace did not immediately respond to Fox News’ request for comment.

The Duke and Duchess of Sussex reside in the coastal city of Montecito, Calif.
(Chris Jackson – Pool/Getty Images)

The couple’s departure from royal duties began in March 2020 over what they described as the intrusions and racist attitudes of the British media towards the duchess. The couple now resides in the coastal city of Montecito, Calif., and they are expecting a baby girl due sometime this summer.

One killed, many injured in Ivory Coast xenophobic violence 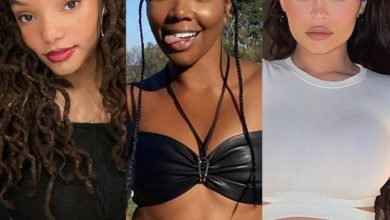