Prince Andrew has reportedly avoided “multiple attempts” to serve him legal papers on behalf of his sex-assault accuser — and has bolted to the safety of mom Queen Elizabeth II’s Scottish getaway, just days before the first hearing.

Lawyers for Virginia Roberts Giuffre — who is suing Andrew in New York — had already conceded that it would be “difficult” to serve the 61-year-old royal in person.

The scandal-scarred royal has since been a recluse at his home in the Royal Lodge in Windsor — where security guards have turned away lawyers trying to serve the US court papers, according to the Sun.

After avoiding “multiple attempts” in the past two weeks, Andrew on Tuesday bolted for an even safer location — his mother the monarch’s Scottish estate, Balmoral, the paper noted.

He was photographed in a car with his ex-wife, Sarah Ferguson, as the pair drove from their shared home to the Queen’s 50,000-acre (78-square-mile) estate, where they had been earlier in the summer, the outlet said.

He fled after “going stir-crazy inside Royal Lodge for the past few weeks,” a source told the paper.

“He wasn’t going horse riding and couldn’t step outside because of attempts to serve him with the legal papers.

“He knows he is far safer up at Balmoral on the Queen’s estate,” the source said, noting Andrew has long been thought to be “the Queen’s favorite son.”

The trip comes before the first hearing is scheduled in Giuffre’s lawsuit on Monday. It is set to be a telephone conference, and it is not immediately clear if either Andrew or his accuser are expected to join.

Giuffre’s lawsuit claims she was “forced to have sexual intercourse with Prince Andrew against her will” at the behest of pedophile Jeffrey Epstein and accused madam Ghislaine Maxwell.

Andrew has repeatedly denied Giuffre’s claims, including during a BBC interview in which he insisted he had “no recollection of ever meeting this lady, none whatsoever.”

Neither he, his legal team nor Buckingham Palace has responded to the lawsuit.

Epstein hanged himself in his Manhattan lockup in August 2019 while awaiting trial on serious sex charges.

Maxwell is in custody in Brooklyn awaiting trial for allegedly recruiting underage girls for Epstein. She has pleaded not guilty. 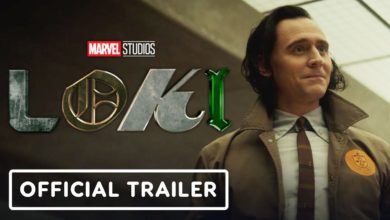 Batman’s sidekick, Robin, comes out as bisexual in upcoming comic

Dad secretly spends 6 months emailing celebrities to create epic graduation video for daughter: ‘Omg how did he do this?’ – Yahoo! Voices

Ted Lasso Season 2 Isn’t In A Slump, It’s Headed For A Breakdown