Algeria play host to Botswana at the Stade Mustapha Tchaker on Monday as they look to preserve their unbeaten run in the qualifying round for the 2022 Africa Cup of Nations.

On the other hand, the visitors are not going to be involved in the competition for the fourth time in a row following a series of underwhelming performances.

Algeria kicked off their quest to book a place at next year’s tournament with three straight wins, but draws in the subsequent two games have dampened the mood a bit.

Nonetheless, Djamel Belmadi‘s men are heading to Cameroon for the defence of their title which they won in Egypt two years ago.

Two years ago, the Fennecs claimed a narrow 1-0 win in the reverse fixture thanks to Youcef Belaili‘s first-half strike.

That match was the first-ever meeting between the teams who are now set to lock horns once again in Blida this time around.

Monday’s hosts have not lost a competitive game on home turf since 2017, and they will be confident of keeping that run going.

A 1-0 loss to Zimbabwe on Thursday was the final nail in Botswana’s coffin as the former secured qualification at the expense of the latter.

Adel Amrouche‘s men began their journey in Group H to on the back foot as they picked up just one point from the first three qualifiers.

In the end, The Zebras left themselves with too much work to do and they have now paid the ultimate price for a slow start.

A toothless attack which produced only two goals in five games was a major Achilles’ heel, so rectifying that problem would be a step in the right direction.

Rachid Ghezzal was on target against Zambia before he was subbed off at halftime with a minor so he is likely to be rested for this game.

Islam Slimani was at the double in the aforementioned game, but he is expected to sit the match out with Djamel Belmadi set to ring the changes for this one.

Mehdi Abeid has withdrawn from the national team for undisclosed reasons and has since returned to Al Nasr in the UAE.

Like his opposite number, Adel Amrouche might also contemplate making a number of changes to his XI which lost to Zimbabwe last time out.

Gape Gaogangwe was sent off in the reverse fixture, but he is eligible to feature on Monday as he has finished serving his ban.

With not much to play for, Algeria can afford to take their foot off the gas in this one. Nonetheless, we are backing them to be too strong for their visitors, and claim a relatively comfortable victory. 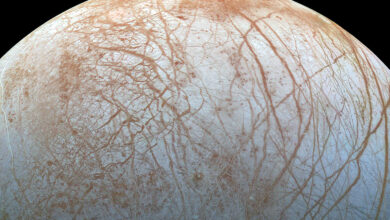