President Mnangagwa has mourned the longest serving chief, the late Chief Hwata whom he described as an avid supporter of the liberation struggle.

In his condolence message to the family, President Mnangagwa said Chief Hwata was almost shot, but soldiers argued among themselves upon capturing him.

He served as a chief for 49 years after being installed by Chief Chipuriro and the District Commissioner (DC) on February 5, 1972.

“This resulted in very few war casualties in his area compared to other areas. Hwata chieftainship being the custodian of Mbuya Nehanda, the chief worked closely with various spirit mediums including Sekuru Chivhere, Muzarabani and Mutota to ensure prevalence in his area of jurisdiction.”

Minister Kazembe said the chief fought the liberation struggle under difficult circumstances because he was a former government worker and the DC expected him to support the Smith government.

He joined the British South African Police (BSAC) as a constable in the early 1950s and later moved to the Criminal Investigation Department where he served up to 1970.

When the DC knew that the chief was providing food, clothes to liberation war fighters, the chief was abducted together with his family and dumped with all his belongings near Muzarabani Police Station.

He later escaped into the forest near Soka village and liberation fighters offered to take him to Mozambique for protection, but spirit mediums forbade him because of his role of performing rituals to protect liberation fighters.

After independence, the Chief spearheaded a lot of developmental projects including construction of clinics and schools.

He was among the first Chiefs to be appointed in Parliament and retained his Parliamentary seat in 1995.

“Chief Hwata can be remembered as one of the longest serving and most senior chief who diligently executed his duties. Throughout his 49 years as a judicial officer, none of his judgments were reversed by a superior court,” he said.

Conflict 'behind us', Ivory Coast's Ouattara says after greeting rival 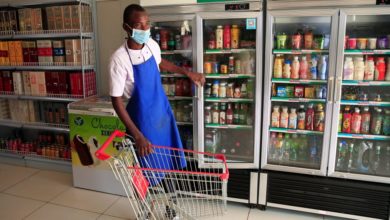