Examination dates for the Zimbabwe School Examination Council (ZIMSEC) exams are yet to be set, with the body ready, while teacher unions reckon they should be postponed to early next year to allow learners to catch up.

An assessment on the preparedness of learners, whose outcome will inform deliberations on specific dates for this year’s public examinations, will be conducted by the Ministry of Primary and Secondary Education.

Following the re-opening of schools for examination classes last week and non-exam classes yesterday, there has been general anxiety as to when examinations will be written, especially considering that the term ends on 17 December 2021.

The Ministry has modified the syllabus to allow some teaching to be compressed.

The teachers’ unions have argued that learners are not prepared as they lost learning time during the prolonged Covid-19 breaks, basically a full term of school.

While some schools have been conducting virtual lessons and radio lessons, there have been concerns that some learners, mainly those in rural areas, have technology access issues and were not benefiting from the intervention.

Speaking during the launch of the Ministry of Primary and Secondary Education toll free line yesterday, parents expressed concern that pupils might not be prepared for the examinations.

Responding to the concerns later in an interview, Primary and Secondary Education Deputy Minister Edgar Moyo said catch-up strategies were being put in place to cover lost ground.

“One of the concerns raised by parents was on the preparedness of the children for exams,” he said.

“At the moment I can’t say anything definite about the exam calendar, but as the term continues, we will be assessing preparedness of learners and we will be getting updates on the progress being made in schools and then the ministry will make an informed decision, which will be in the best interest of learners.

“We have launched a toll-free line 317, which is a platform for stakeholders to get in touch will the ministry. We tested the toll-free line during the launch and we received calls from parents who were airing out their concerns.”

Deputy Minister Moyo admitted that some pupils were behind as they could not access radio lessons and online lessons, but assured parents that remedial measures were being implemented.

“We have introduced catch up strategies to bring learners up to date,” he said.

“We are on track, once the Ministry of Primary and Secondary Education gives us direction, we will be able to then announce exam dates,” she said.

Progressive Teachers Union of Zimbabwe (PTUZ) president, Dr Takavafira Zhou called for a postponement of the examinations to next year.

“We need three months of uninterrupted time of learning in order to cover the time lost through lockdown,” he said.

“If you put that it means there is no way that examinations can be written in 2021. The only possible way is to write exams around mid-January to February next year.”

Zimbabwe Teachers Association (Zimta) president, Mr Richard Gundane, said exams could only be written when teachers had completed each syllabus.

The toll-free line, 317, is meant to connect various stakeholders with the ministry while developing a referral system to link stakeholders to other ministries for specific concerns.

It was introduced courtesy of the Higher Life Foundation and will be will be open to citizens through Econet lines. 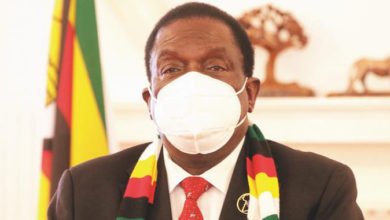 No jab, no job: Zim goes all-out to get people vaccinated