Concerns have been raised that if the SA Post Office is allowed a monopoly on the delivery of parcels weighing 1kg or less, it would cripple local courier businesses.

Backed by the Independent Communications Authority of South Africa (Icasa), the Post Office has launched legal action to halt independent courier companies from delivering these smaller parcels as it is not allowed in current legislation.

DA MP Cameron MacKenzie said: “It is indefensible that the Sapo (Post Office) … seeks to enforce its legislated mail monopoly on items below one kilogram and cut out commercial courier companies. This is because the now-bankrupt entity cannot operate a functional, efficient, and reliable post and parcel delivery service in the first place.

“Having finally tabled its long-awaited Annual Report for the year ending March 2020, Sapo posted an annual loss of R1.8 billion – up from R1.1 billion the year before.”

If local courier companies have to put the brakes on business, it will have dire consequences for e-commerce sites that have mushroomed since last year amid the onset of the Covid-19 pandemic.

In a recent study, technology market research organisation World Wide Worx revealed that the pandemic resulted in an online sales boom in South Africa with this category of sales increased by 66% last year to more than R30bn. Courier companies have responded to the shift in shopping habits and tailor-made delivery services for companies and consumers.

University of Stellenbosch Business School (USB) guest lecturer Jason Hamilton said allowing a Post Office monopoly would be a disaster. “The current market environment that presents itself is a direct result of normal free market principles playing out, in that service providers have responded to the market demands and needs resulted in customers moving away from the Post Office, due to efficiency and reliability concerns.”

He added: “Losing market share due to customers using competitor or alternative services should not be a legal debate but rather requires the Post Office to critically review their purpose, strategy and capabilities to align itself with the current and future customer demands.”

Hamilton said that the Post Office needs to compete fairly with independent courier companies. “If regulation and legislation is used to protect a company, it reduces competition which provides little or no incentive for innovation and ultimately reduces efficiency, this risk being compounded in the case of the post office where this has been a concern for years which has led to competitors filling the gap.”

President of the Cape Chamber of Commerce and Industry Jacques Moolman agreed.

“Needless to say, when a simple Christmas (gift) can take up to a year to be delivered to a South African address (after landing in the country from overseas) who in their right mind would trust our Post Office with a passport or any other document of similar importance?”

He added: “State resources – that is taxpayers ‘money – is being spent in an attempt at legal enforcement of the technical right of the Post Office to compel citizens to use its widely inefficient, unsafe, and theft-prone system of letter delivery.”

Moolman said a ruling in favour of the Post Office will have dire consequences. “Should this legal case (of the Post Office) win, it will put efficient courier businesses that fulfil a real demand by citizens under unfair competition. Worse, it will inevitably lead to job losses the country – and the Treasury – can ill-afford.”

Jet2, easyJet, Tui and Ryanair: All the green and amber list countries you can travel to from May 17 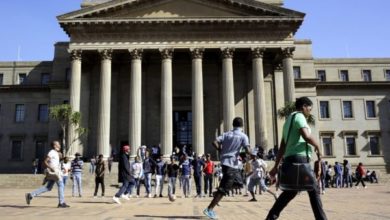 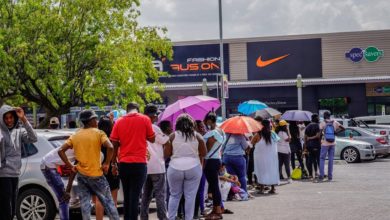