SA’s ports are mostly back to normal, according to government, after last week’s cyberattack on state-owned Transnet’s IT system led to chaos and disruptions at the country’s key container terminal.

“The return to operations is good news for the economy, as the Transnet ports and rail system are the backbone of the economy,” The public enterprises ministry said in a statement on Wednesday evening.

Transnet had declared force majeure following the attack on 22 July, which essentially means that an unanticipated or uncontrollable event has released it from fulfilling contractual obligations. The ministry said in its statement that while operations had mostly been restored it “the force majeure is currently in place and under review with the intention to lift it in the coming days”.

“The preliminary assessment of the cyber-attack indicates that Transnet and its customer data has not been compromised, the ministry said.

“Cyber-attacks have been on the increase in the country and globally. Investigations are underway into the events and due process will take place.”

Fin24 previously reported that the attack was causing chaos at South Africa’s ports – with perishable food stuck in containers and freight trucks, amid massive frustration among both importers and exporters.

Gavin Kelly the CEO of the Road Freight Association, said its members could not get cargo in and out of the ports, while Terry Gale, chairperson of the Exporters Club of the Western Cape said the situation was “total nightmare”. Gale said Transnet’s manual system was very slow, but at least it can get some containers moving.

The ministry said that as of Tuesday night, the Durban container terminals were fully functional on the system and the truck booking system was activated on Wednesday 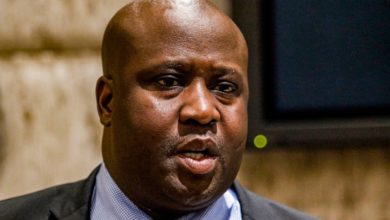 Cash-strapped ANC says it has been ‘inundated’ by members, supporters keen to donate money