Influencers have attracted millions of views with a controversial clip of a high-end new Porsche’s involved in a crazy smash.

A Russian YouTube clip named “mixed pedals” has attracted millions of views and triggered debate around the world.

One of the presenters gets behind the wheel of the powerful machine shortly before it smashes through glass walls at the dealership.

The incident was caught on multiple camera angles, and no one appears to have been hurt.

No other cars were damaged, and folks filming the crash were standing clear of the impact site.

The YouTubers portray the event as an accident, blaming driver error for an expensive collision.

But Litvin has form in the supercar-destroying game, having filmed the destruction of a high-end Mercedes in 2020.

Porsche’s Taycan electric car is one of the fastest-accelerating cars on sale.

The range-topping Turbo S variant pictured here has a massive 560kW of power enabling it to rocket to 100km/h in just 2.8 seconds.

Priced from about $360,000 drive-away in Australia, the Taycan reaches local showrooms this month.

Hopefully customers will be able to safely leave dealerships using the driveway, rather than crashing through walls. 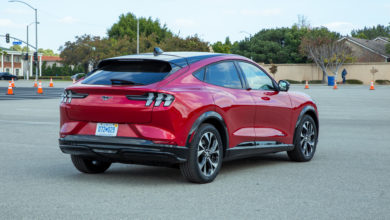 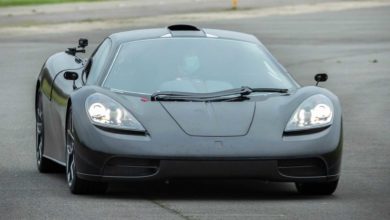 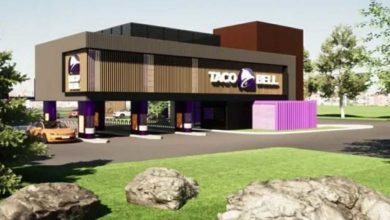 Windowless Taco Bells That Cater Only To Cars Are The Future