The DA and FF Plus are not backing off on the matter of the police’s DNA backlog, as well as the information system for tracking and tracing DNA samples being offline since June last year.

The chairperson of the Portfolio Committee on Police, Tina Joemat-Pettersson, also laid down the law to the police at Wednesday’s meeting.

The DA will write to the Speaker of the National Assembly, Thandi Modise, to request a debate of national importance on these matters, said DA MP Andrew Whitfield on Thursday.

FF Plus leader Pieter Groenewald said he, too, will continue to raise the issue.

At Wednesday’s meeting, Police Minister Bheki Cele admitted he only learned “by chance” last week that the police haven’t processed any DNA evidence samples in January and February.

It also emerged that the police were, on two occasions, ready to pay for a system by Forensic Data Analysts (FDA) to keep track of evidence, the Property Control and Exhibit Management System (PCEM), but Cele blocked it on both occasions.

This led to the system being switched off in June and eight million pieces of evidence can subsequently not be found.

Last week, the committee heard from Major-General Edward Ngokha, head of the National Forensic Science Laboratories (NFSL), that they have not done any processing during January and February. The backlog is now over 172 000 cases.

In a statement released on Thursday, Joemat-Pettersson said: “It is our considered view that the turnaround strategy doesn’t deal decisively with the challenges faced by the division, mainly the issue of contract management, especially in relation to information technology.

“As a result, we have recommended that SAPS implement an agreement they have with FDA, in order to enable the functioning of the PCEM system.

“This resolution was mainly premised on the need to ensure functionality of the NFSL and ensure effective prosecution of gender-based violence suspects.”

In a statement, Whitfield said the collapse of the police’s DNA processing capabilities has catastrophic consequences for the criminal justice system.

“Thousands of violent criminals are being let loose on the streets to torment their victims and commit new crimes. Murderers and rapists have been given a license to commit violent crime, without impunity, by this incapable state institution with a DNA backlog fast approaching 200 000 case exhibits,” he said.

“The fact that the minister and the national police commissioner, General Khehla Sitole, seems to be locked in a power struggle is undermining SAPS, and our communities and citizens are left to deal with the fall-out.”

Groenewald said, in a statement released after Wednesday’s meeting, that Cele’s admission that there are, at present, no chemicals available to test DNA samples in any of the police laboratories across the country “comes down to treason against the people of South Africa”.

“The minister’s nonchalant statement that he ‘accidentally’ found out about it, while visiting the scene of a crime, is indicative of the tension and conflict between the minister and the police commissioner, which is to the detriment of South Africa,” Groenewald said.

At Wednesday’s meeting, Groenewald proposed that contracts with FDA must be accepted at once, so that the PCEM system can be activated again.

The committee agreed and this was one of Joemat-Pettersson’s rulings.

She ordered the police to immediately stop their legal wrangling with FDA – the police have lost nine court cases against FDA – and have the system up and running when they again meet with the committee next Wednesday.

The committee also resolved that an investigation must be instituted to understand how the ICT impasse has taken so long to resolve.

Whitfield welcomed Joemat-Pettersson’s decision in this regard.

Furthermore, the committee resolved that the police and the State Information Technology Agency (SITA) must present a plan of action, with timelines, to the committee by next week Wednesday. This is to ensure that solutions are urgently found to reverse the unacceptable situation.

Lastly, the committee will receive a detailed report from SAPS, SITA and National Treasury on their engagements with FDA, with suggested solutions.

“Ultimately, what the committee is interested in is ensuring a criminal justice system that serves the people of this country,” reads Joemat-Pettersson’s statement.

INTERVIEW | More than a balancing act - what is the future like for CFOs?

The Roles and Functions of National and Provincial Government

Bulls and Sharks both craving United Rugby Champs start: ‘You fall into a comfort zone’ 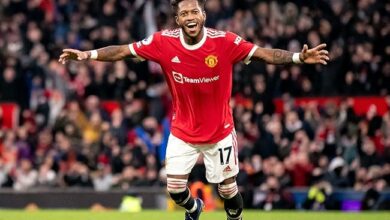