Piers Morgan is railing against cancel culture and “woke” liberals in a lengthy account appearing in the U.K.’s “Mail on Sunday” newspaper.

Morgan, who left “Good Morning Britain” earlier his month after saying on air that he didn’t believe many of the things Meghan Markle had said in her shocking Oprah Winfrey interview, was writing at length for the first time since after his divisive comments about the Duchess of Sussex.

The piece, which appeared online in the U.S. on Saturday night, gave a moment-by-moment account of what led to his departure from “GMB.”

“I expected such disingenuous, self-serving wrecking-ball stuff from a social-climbing Hollywood actress like Ms Markle, but for Harry to publicly shred his family and the Monarchy like this, while Prince Philip was seriously ill in hospital, is so out of character for a man who once bravely served his Queen and country in war,” Morgan said at the beginning of his column, adding that when he went on the air later that morning after watching the interview he was “angry to the point of boiling over.”

“For Harry to publicly shred his family and the Monarchy like this … is so out of character for a man who once bravely served his Queen and country in war.”

Morgan said people have unfairly called him “racist” and have wrongfully accused him of saying he didn’t believe Meghan felt suicidal. He clarified that he simply found some of Meghan’s claims — such as about someone commenting on baby Archie’s skin color and not being allowed to get help for depression — hard to believe.

He added that Harry should have been able to get help for Meghan as he has spoken previously about quietly seeking mental health help in the past.

“Once you know someone’s lying about some things, how can you believe anything else they’re saying without hard evidence to support it?” Morgan explained.

He said after the interview his own White skin color was used as a “weapon” against him over the racism claims.

“It appears that questioning Meghan’s fork-tongued ‘truth’ is now a racist hate crime,” he complained, noting that he’s never said anything racist about her before.

“It appears that questioning Meghan’s fork-tongued ‘truth’ is now a racist hate crime.”

Meghan has been treated no worse than other royal brides, he claimed, “but she’s the first to claim negative press has been motivated by racism, and it’s a very dangerous charge to make with so little to back it up.”

He said he was told by his ITV network bosses he needed to clarify his comments on the air and weatherman Alex Beresford privately told Morgan he needed to understand the perspective from a bi-racial person, so Morgan asked that Beresford be on the show the next morning to debate it on-air.

Beresford then launched into what Morgan called a “censorious lecture” on the show, claiming the only reason Morgan said he didn’t believe Meghan was because she “ghosted” him a few years ago. Morgan said he couldn’t care less about her but had seen her drop other people and found the experience “informative” as to her character.

He admitted angrily walking off the show after his argument with Beresford was a mistake though, calling himself the “great snowflake-basher running away from confrontation.”

“Sadly, this is where we’ve now arrived in society: the truth can be whatever someone decides it is, so Meghan Markle must be believed because it’s ‘her truth’. And if you don’t believe her, you’re a racist,” he wrote.

“Sadly, this is where we’ve now arrived in society: the truth can be whatever someone decides it is.”

He said he later came back on the show to say he still didn’t believe what she said but clarified that mental illness should be taken very seriously.

Morgan said he was told he needed to apologize or he would have to leave the show and after quite a bit of reflection he decided not to apologize because he said the ability to disagree with someone who you don’t believe is the “essence of freedom of speech.”

“And even if I did apologise, that wouldn’t be the end of it. The woke brigade would keep coming for me, demanding I apologise for everything else they find offensive – which of course, is absolutely everything,” he added.

“And even if I did apologise, that wouldn’t be the end of it. The woke brigade would keep coming for me, demanding I apologise for everything else they find offensive – which of course, is absolutely everything.”

He said he called his ITV boss back to say he wouldn’t apologize and they agreed he would leave the show.

One of the first people to share their support with him, he wrote, was Sharon Osbourne.

“This took real guts, knowing it would enrage the ultra-woke crowd in Hollywood where she lives and works.”

Osbourne has paid a “heavy price” for publicly supporting him, he admitted as she was forced to leave her show “The Talk.”

He said he’s had a lot of people reach out to say they’re sad he left the show and added that one of his proudest achievements was finally beating the BBC rival morning show on his last day.

ITV has asked him to continue doing intermittent spots for the network.

“I don’t have any problem with ITV, my problem is with the increasingly insidious woke cancel culture that’s now infesting all companies like ITV,” he wrote. “If allowed to continue unchecked, it will make it virtually impossible for anyone with an opinionated personality to survive in any workplace.”

“My problem is with the increasingly insidious woke cancel culture … If allowed to continue unchecked, it will make it virtually impossible for anyone with an opinionated personality to survive in any workplace.”

He said a few days later his book, “Wake Up,” which slams cancel culture, shot up to be a number one bestseller.

“I’ve never had so many members of the public come up to offer their support, toot their horns from cars, cabs, lorries and buses, or send me letters and gifts,” he wrote. “It’s been relentless, slightly insane, and very gratifying.”

He mentioned that even former President Trump, who Morgan was once friends with but later turned against, was supporting him against cancel culture.

Morgan has reportedly broken the all-time record for TV regulator complaints in the country – 57,000, including one from Meghan herself – but he said he’s received thousands of more signatures on a petition for him to rejoin “Good Morning Britain.”

“It’s time to cancel the cancel culture before it kills our culture.”

He wrote that Meghan was forced to admit they didn’t get married three days before their royal wedding – as she claimed in the interview – after a certificate of their marriage was published by a newspaper and CNN published a story about “inconsistencies” in the interview.

“She’s just one of many whiny, privileged, hypocritical celebrities who now cynically exploit victimhood to suppress free speech, value their own version of the truth above the actual truth, and seek to cancel anyone that deviates from their woke world view or who dares to challenge the veracity of their inflammatory statements,” he wrote. “No, it’s about a far bigger issue than one delusional Duchess, and that’s everyone’s right to be free to express our honestly held opinions, forcefully and passionately if we feel like it.”

He clarified that he doesn’t see himself as a “victim” or “canceled.”

“But if our rights to free speech are denied, then democracy as we know it will die,” he said. “It’s time to cancel the cancel culture before it kills our culture.” 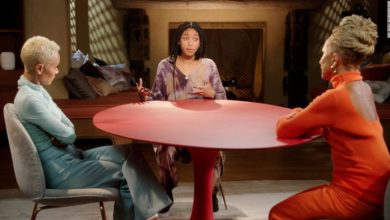 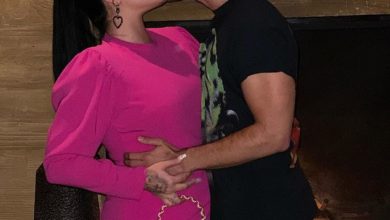