In a lengthy piece in the Mail on Sunday, Morgan details the dramatic month that saw him attack the Sussexes and eventually resign from hosting ‘Good Morning Britain,’ as well as wade into Sharon Osbourne’s exit from ‘The Talk.’

Piers Morgan returned to slamming Meghan Markle in a lengthy newspaper article published Sunday that detailed his version of events in the aftermath of the Sussexes bombshell interview with Oprah Winfrey that ultimately saw him exit Good Morning Britain.

The now-former GMB host continued his one-sided feud with Markle in the pages of the Mail on Sunday, one of the biggest selling Sunday newspapers in the U.K.

In the Mail on Sunday article, which runs over 6,000 words, Morgan details a near day-by-day rundown of last few weeks that saw him leave GMB in a blaze of ignominy, caused a firestorm of controversy in the U.K. over his comments, and even reached across the Atlantic with the resignation of Sharon Osbourne from CBS’ The Talk.

Morgan begins the piece with a rundown of the live GMB episode on March 8, where he gave his immediate reaction to Markle and Prince Harry’s interview with Winfrey which he described as a “nuclear-sized scandal bomb” dropped on the royal family. “I expected such disingenuous self-serving wrecking-ball stuff from a social-climbing Hollywood actress like Ms. Markle, but for Harry to publicly shred his family and the Monarchy like this, while Prince Philip was seriously ill in hospital, is so out of character for a man who once bravely served his Queen and country in war,” writes Morgan.

Morgan repeatedly states that he did not believe Markle’s claims from the interview and that he was branded a racist for doing so. “No, it appears that questioning Meghan’s fork-tongued ‘truth’ is now a racist hate crime,” he writes.

Again, dismissing arguments that he went too far in his critique of Markle’s mental health claims, Morgan reveals that ITV, the network that broadcasts GMB, did talk to him that Monday. “ITV asked me to clarify what I meant on [March 9’s show], which I’m happy to do as it’s been deliberately misconstrued to suggest I don’t think victims of mental illness should be believed. I was told I didn’t need to apologize.”

Moving on to the now-infamous March 9 episode of GMB, Morgan blames social media for much of the anger around the topic leading into that morning’s show. “Normally, I revel in the noise. But unregulated social media, as anyone in the public eye will confirm, has got increasingly vicious and nasty,” he writes.

Running through his on-air spat with GMB weatherman Alex Beresford, Morgan gives his version of events and what happened behind the scenes. “As [Beresford] delivered his censorious lecture, implying my only motivation for disbelieving Ms. Markle’s outlandish interview claims was because she ‘ghosted’ me four years ago after we’d been friendly for 18 months – I genuinely couldn’t care less about that, but it was informative as to her character, especially when I saw her do the same thing to many other people, including her own father – I felt the steam rising inside me,” Morgan writes.

He continued, “I don’t mind outside guests trying to make a name for themselves by whacking me like this, but I wasn’t going to sit there and take it from one of my own team, especially someone who I’ve gone out of my way to help whenever he’s asked me for advice about his career. Realizing I might say something I’d regret, I decided to leave the studio to cool down.”

On why leaving the studio was a bad idea in hindsight, Morgan writes, “I knew it wasn’t a good look, the great snowflake-basher running away from confrontation. And on reflection, I shouldn’t have done it. But in the heat of the moment, in my rather strained state of mind, this seemed the less worse option.”

He touches on the reactions to his dramatic walk-off from senior ITV executives that day, including CEO Carolyn McCall, who said she supported Markle’s mental health claims and that the network would speak to Morgan. “Other ITV executives suggested to me that I should now issue an apology to calm things down. But I don’t believe Meghan, so why would I apologize?”

Morgan reveals that by mid-Tuesday, he was having crisis talks with ITV’s director of television Kevin Lygo, “I’d spoken to [Lygo] several times since yesterday, rang to say we were now ‘on the cliff edge’ and either I apologized, or I would have to leave GMB.”

After some soul-searching, Morgan decided to stick to his guns, and ultimately leave GMB. “I reached a moment of total gut clarity: f**k it, I wasn’t going to apologize for disbelieving Meghan Markle because the truth is that I don’t believe Meghan Markle. And in a free, democratic society, I should be allowed not to believe someone, and to say that I don’t believe them. That, surely, is the very essence of freedom of speech?”

In the aftermath of his resignation, Morgan says his former America’s Got Talent colleague Sharon Osbourne was quick to defend him and that it meant a lot to him. “This took real guts, knowing it would enrage the ultra-woke crowd in Hollywood where she lives and works,” Morgan says of Osbourne’s support. “‘When stuff like this happens,’ I replied, ‘true friends run towards you, fake friends run away.'”

Despite his dramatic exit from GMB, Morgan says Lygo was in touch with him days later about continuing with the network on other projects. “I don’t have any problem with ITV, my problem is with the increasingly insidious woke cancel culture that’s now infesting all companies like ITV,” he writes adding, “If allowed to continue unchecked, it will make it virtually impossible for anyone with an opinionated personality to survive in any workplace.”

Morgan then proceeds, in between boasts about his book climbing to no.1 in the bestseller list, to run through all the prominent (and less prominent) people who came out in support of him and those who took to social media to slam him.

Returning to Osbourne, Morgan gives his view of the heated March 17 episode of The Talk, that saw his friend clash with co-host Sheryl Underwood, which subsequently led to a CBS investigation. “Disgracefully, Sharon was bullied into making a groveling public apology the following day for getting angry with Underwood, but of course, this hasn’t placated her woke tormentors from continuing to tear her to pieces,” writes Morgan.

He adds, “It’s outrageous, but what’s happened to Sharon and me in the past fortnight isn’t really about Ms. Markle. She’s just one of many whiny, privileged, hypocritical celebrities who now cynically exploit victimhood to suppress free speech, value their own version of the truth above the actual truth, and seek to cancel anyone that deviates from their woke world view or who dares to challenge the veracity of their inflammatory statements.”

Morgan ends his piece with a plea to “cancel the cancel culture before it kills our culture.”

'We forget our troubles': crystal meth use rises during lockdown in Zimbabwe | Global development 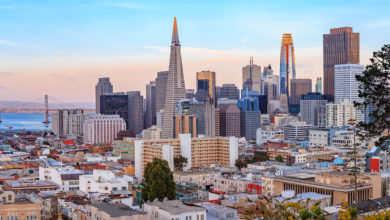 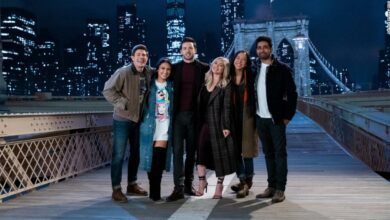 ‘How I Met Your Father’ first trailer debuts