By Ankur Banerjee and Vishwadha Chander

London – Covid-19 vaccines developed by Pfizer with BioNTech and Moderna reduced risk of infection by 80% two weeks or more after the first of two shots, according to data from a real-world US study released on Monday.

The risk of infection fell 90% by two weeks after the second shot, the study of nearly 4 000 US healthcare personnel and first responders found.

The results validate earlier studies that had indicated the vaccines begin to work soon after a first dose, and confirm that they also prevent asymptomatic infections.

Some countries dealing with limited vaccine supplies have pushed back schedules for second doses with the hope of getting some protection to more people. US public health officials, however, continue to recommend two doses be given on the schedule authorized by regulators based on clinical trials.

The study by the US Centers for Disease Control and Prevention (CDC) evaluated the vaccines’ ability to protect against infection, including infections that did not cause symptoms. Previous clinical trials by the companies evaluated their vaccine’s efficacy in preventing illness from Covid-19, but those studies would have missed asymptomatic infections.

The findings from of the real-world use of these messenger RNA (mRNA) vaccines also confirm the efficacy demonstrated in the large controlled clinical trials conducted before they received emergency use authorizations from the US Food and Drug Administration.

The study looked at the effectiveness of the mRNA vaccines among 3 950 participants in six states over a 13-week period from Dec. 14, 2020 to March 13, 2021. About 74% had at least one shot, and tests were conducted weekly to catch any infections without symptoms.

The new mRNA technology is a synthetic form of a natural chemical messenger being used to instruct cells to make proteins that mirror part of the novel coronavirus. That teaches the immune system to recognize and attack the actual virus.

The CDC study comes weeks after real-world data from Israel suggested that the Pfizer/BioNTech vaccine was 94% effective in preventing asymptomatic infections.

Britain and Canada were among the countries that have allowed extended gaps between doses of up to three or four months. UK authorities said in January that data supported its decision for a 12-week gap between doses.

Pfizer and its German partner have warned that they had no evidence to prove that. In their pivotal trials, there was a three-week gap between Pfizer shots and four weeks for the Moderna vaccine.

The CDC said the study results on Monday provide reassurance that people start to develop protection from the vaccine two weeks after their first dose, although the agency reiterated that the greatest protection was seen among those who had received both recommended doses of the vaccines. 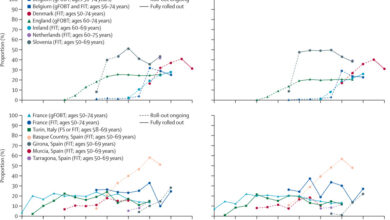 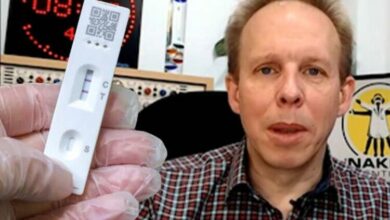