* This article has been updated below.

South Africa’s Health Products Regulatory Authority (Sahpra) has received an application from Pfizer to update its vaccine’s storage limit, in normal refrigerator conditions, from five days to 31 days. This is after approval by the United States’ Food and Drug Administration (FDA), which followed on approval from the European Medicines Agency (EMA).

Changes to the Pfizer vaccine’s storage limitations have the potential make the jab more accessible, and reduce logistical hurdles in South Africa. Prior to the changes approved by the EU and USA regulators, the vaccine was only allowed to remain in a normal refrigeration environment – between 2°C and 8°C – for a period of five days.

Both the EMA and FDA this week approved updates which extends that period of normal refrigeration from five days to 31 days.

The EMA, which determines regulations around medicines used in the European Union, approved this extension on Monday. The FDA followed suit on Wednesday.

“Based on a review of recent data submitted by Pfizer Inc… the US Food and Drug Administration is authorising undiluted, thawed Pfizer-BioNTech Covid-19 Vaccine vials to be stored in the refrigerator at 2°C to 8°C for up to one month,” the regulator said in a statement.

“Previously, thawed, undiluted vaccine vials could be stored in the refrigerator for up to five days.”

Unthawed vials still, however, need to be stored and transported in the ultra-cold conditions at temperatures between -60°C and -80°C that present significant logistical challenges.

Sahpra confirmed to Business Insider South Africa that it, too, had received a request to update Pfizer’s storage limitations.

The update to the Pfizer vaccine, which remains one of the most efficacious jabs in combatting severe illness stemming from both the original and mutated strains of Covid-19, is expected to have a “significant impact on planning and logistics of vaccine rollout” according to the EMA.

South Africa has ordered more than 30 million doses of the Pfizer vaccine, which will be used to achieve 38% of government’s herd immunity target. The two-dose vaccine is currently being used to vaccinate senior citizens as part of Phase 2 of the rollout which launched on Monday, while the Johnson & Johnson jabs await approval from both local and international regulators.

South Africa’s three-phase vaccination rollout initially earmarked Pfizer jabs for use in predominantly urban settings while the one-dose Johnson & Johnson shots were to be rolled out in rural areas. This geographic spread was determined according to each vaccine’s temperature sensitivity ratings and storage capabilities. The health department had highlighted three reasons as to why the Pfizer vaccine is preferred for use in cities:

Transporting and storing the Pfizer vaccine, which needs to be kept in ultra-cold freezers, is easier to manage within metropolitan environments, explained the department of health in April.

* This article was updated after publication to include subsequent approval of extended storage by the FDA. 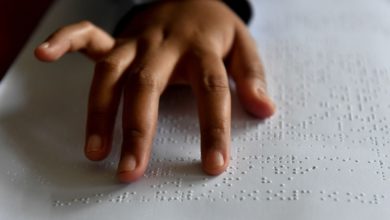