Bel-Air, Peacock’s upcoming dramatized reboot of The Fresh Prince of Bel-Air, casts Jabari Banks as the new Will.

Bel-Air, the upcoming dramatic reboot of The Fresh Prince of Bel-Air, finally found its new Will.

A new video features Fresh Prince of Bel-Air star Will Smith informing newcomer Jabari Banks that he’s been tapped to lead the series. Banks — a West Philadelphia native himself — currently has no major credits to his name, but he auditioned for the part and clearly impressed those involved with the project.

Based on a viral YouTube video by Morgan Cooper, Bel-Air received a two-season order in September 2020. Cooper serves as the director and co-writer of the show, while T.J. Brady and Rasheed Newson serve as showrunners. All three are also executive producers, along with Smith, Terence Carter, James Lassiter, Miguel Melendez, Malcolm Spellman, Quincy Jones, Benny Medina and Andy and Susan Borowitz

According to the show’s description, “Set in modern-day America, Bel-Air is a serialized one-hour dramatic analogue of the 90’s sitcom The Fresh Prince of Bel-Air that leans into the original premise: Will’s complicated journey from the streets of West Philadelphia to the gated mansions of Bel-Air. With a reimagined vision, Bel-Air will dive deeper into the inherent conflicts, emotions and biases that were impossible to fully explore in a 30-minute sitcom format, while still delivering swagger and nods to the original show.”

Airing from 1990-1996, The Fresh Prince of Bel-Air starred Will Smith, James Avery, Janet Hubert-Whitten and Alfonso Ribeiro, among others, and followed a fictionalized version of Smith being uprooted from West Philadelphia to Bel-Air after a fight. The immensely popular sitcom helped launch Smith’s acting career, which has consisted of such films as I, Robot, I am Legend and Gemini Man. Smith was working on a reboot of Fresh Prince of Bel-Air in 2015 through his Overbrook Entertainment, but no such project materialized.

Bel-Air has yet to receive a premiere date.

KEEP READING: The Suicide Squad: Idris Elba Comments on Rumors That He Was Will Smith’s Replacement

Jon Arvedon is the lead news editor for CBR after beginning as a freelance writer in 2017. Prior to joining the outlet, he built up his portfolio by reviewing comic books for several notable sites, as the heroes of Marvel and DC have always been a passion of his. In fact, his love of superheroes is rivaled only by his love of Star Wars and weightlifting. If you’re so inclined, you can follow Jon on Twitter at @JonArvedon. 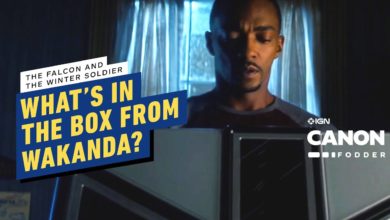