How has it been over the past year? Has coronavirus made a difference?

To me, not very much. I’m not locked down in a flat in a city. I could go to the beach. I spend the summer on Cape Cod, Massachusetts. End of November, I drove coast to coast from Cape Cod to Los Angeles: six days, 500 miles a day. Some people were wearing masks, some weren’t, all the motels were empty, traffic was very light. That was a salutary trip, to see the condition of the country in the middle of a pandemic.

In LA, I got tested, and flew to Hawaii. I hadn’t been to Hawaii since last June; from June to November, I was in New England.

If you’re a writer, you’re familiar with being locked down: you’re going to your desk every morning. But the pandemic did prevent me from taking a trip I really wanted to take, to central Africa, where I had lived. I first went there in 1963. I was a teacher at a school, in Nyasaland, which became Malawi. And I wanted to go back just to see what had happened – to the students, the school, the country.

This is your second novel set in Hawaii [after Hotel Honolulu]. You’ve said you don’t think you’ve written any successful non-fiction about the islands. Why is that?

The hardest place to write about is home, and one of the most complex places is an island. An island isn’t one place, it’s many. There’s the windward side, the leeward side, the wet side, the dry side; there are  micro-climates. There are Mormons over there, Filipino descendants in that town, Waipahu, wealthy people in Kahala, Hawaiians in Waianae, middle-class white people on the windward side, in Kailua. Every place has an identity.

As I’m writing about where I live, which is the north shore [of Oahu], the waves, the surfer culture, I’ve kind of grasped that. But if someone said, “What goes on in Kailua?” – on the windward side, mainly middle-class people in bungalows, the seaside thing – I wouldn’t have a clue.

Sharkey can’t understand people who find “some strange squirrelly indoor comfort in books”, but you seem entirely at home in his world. How’s that?

I’ve lived among surfers in Hawaii for more than 30 years, like an anthropologist among a remote and amazing people with great skills that I noted in detail. As a kayaker and a paddler [outrigger single canoe] I often accompany surfers offshore on their boards practising their paddling [they lie flat and paddle for seven or eight miles along the coast]. I am in frequent conversation – particularly about their travels – and have many surfer friends, including Garrett McNamara, who surfed the biggest wave in the world. But I haven’t climbed on a board. I can surf a small wave with my outrigger, but I’m not as skilled as the guys I paddle with – Hawaiians in canoes who routinely surf head-high waves.

Cricket SA interim board on avoiding Sports Minister intervention: 'We still have time'

Almost 2 million cars may be driving without a valid MOT 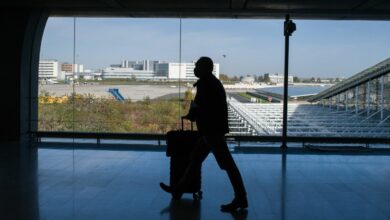 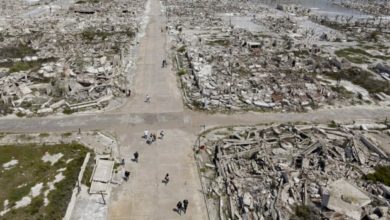 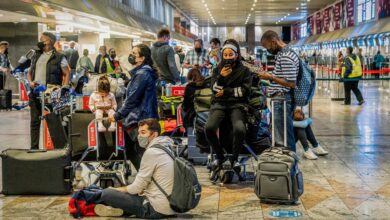 Travellers from South Africa have to fork out R77,000 f…