Camilla Gregersen calls it “gaining our freedom back”. On Wednesday last week, the Danish trade union boss joined about 10 per cent of Denmark’s population in having a Covid-19 test that day to enable her to use a digital coronavirus passport. Within half an hour, the negative result of her rapid test was logged in the “coronapas” and she was able to use it to visit a museum and restaurant in Copenhagen.

So popular is the passport, which gives Danes access to everything from football matches to hairdressers to indoor bars, that queues hundreds of metres long have formed outside testing centres.

But while it has succeeded in helping to reopen the domestic economy, there are question marks over whether it will link up so smoothly with efforts to facilitate international travel.

A coronavirus passport in one form or another is seen as vital to restarting travel this summer. But there is little hope of a unified global system and instead a mishmash of potentially conflicting initiatives are emerging.

Many countries are developing their own passport or certificate in the same way as Denmark. The EU is striving to create a pan-continent system. In the US different passport initiatives are proliferating at state level. The International Air Transport Association, meanwhile, is pushing an airline-led programme.

Each faces technological, practical and ethical pitfalls and a series of questions that for the most part remain unanswered. Which vaccines will count and how many doses are required? Will travellers need to provide digitised proof of their status, or simply a piece of paper?

Didier Reynders, the EU justice commissioner, said on Wednesday: “If we can deliver politically, the technical solution will be ready in time. If we don’t, we risk fragmentation across Europe with a multitude of possibly incompatible national solutions.”

All Danish residents have a unique ID number and a yellow health card with a barcode. The smartphone app Min Sundhed (MyHealth) links to these systems. At test and vaccination centres the card is scanned and test results or proof of vaccination can be sent to the resident’s smartphone. The coronapas is valid two weeks after final vaccination; within 72 hours of a negative PCR or rapid antigen test; or 14-180 days after a previous positive test.

The EU is working hard to develop a common “digital green certificate” by the end of June to harmonise the resumption of free travel inside the bloc. It is stressing that it will not be a vaccine passport: evidence of prior infection or a negative test within 72 hours of travel will also be valid, as it is in Denmark. Majken Bramstrup, a former PR consultant in Copenhagen, noted that people could still become infected in the 72-hour window. “As an individual, you have to think: do I want to take that risk?”

But each EU country will be able to set its own rules and there are already signs of differing approaches.

Greece, one of the countries most dependent on tourism, is allowing those vaccinated with Russia’s Sputnik vaccine as well as three Chinese jabs to enter without quarantine. Visitors from non-EU countries including Russia, the US and UK have been allowed in from last week, subject to being vaccinated or having a recent negative PCR test.

By contrast, Spain is being more cautious, waiting for EU-wide rules before aiming to reopen for tourism in June. Reyes Maroto, industry and tourism minister, told the FT: “We are going to respect the consensus within the EU. We know that other European countries want to open earlier, as is the case of Greece, but we don’t want to run any risks.”

The EU member states developing their own solutions include Estonia, a regular digital pioneer, as well as Germany and France. Paris will add verified tests and vaccination results to its existing TousAntiCovid contact tracing app to facilitate international travel. But, unlike Denmark, it does not want to use the system to control access to bars and restaurants.

Cédric O, France’s junior minister for digital affairs, said that at most it could be “useful for large gatherings such as concerts, festivals, or conferences”. France started testing the app on Tuesday for flights to Corsica and will soon expand it to overseas territories such as Guadeloupe.

The European Commission has hired Germany’s Deutsche Telekom and SAP to build a so-called gateway to ensure that national systems can talk to each other. It intends to carry out a pilot involving five countries in May and hopes that its system, based on scannable QR codes, can be the basis for an international standard.

How a coronavirus passport could work for EU travel

Memories linger of acrimonious efforts to develop contact tracing apps last year, which led to fragmentation in Europe. But one French health official said: “It is different this time because the tech is quite basic since all you have to do is verify signatures, and not collect sensitive data about people’s movements.”

Some worry about the safeguards behind the “digital green certificate”. Carmela Troncoso, assistant professor at Ecole Polytechnique Fédérale de Lausanne, said it was “a shock that it is not going to be encrypted” and that there were no barriers to ensure QR code verifier apps did not record data. Fraud is also an issue. Denmark currently allows people to print out a coronapas and anecdotal evidence suggests it may be easy to cheat.

In the US, where the federal government has driven a surge in vaccinations, passport initiatives are even more piecemeal. At least 17 companies and organisations are working on their own versions of vaccine passports, including one by IBM that is being tested in New York State.

Officials in the Biden administration warned last month: “Without some type of nationwide co-ordination, [the] landscape could become littered with a confusing array of incompatible, proprietary solutions of varying quality and trustworthiness.”

But the administration has ruled out developing a federal government programme, partly because of hostility from Republicans. Ron DeSantis, the Republican governor of Florida, has said he will ban government entities from issuing any kind of vaccine certificate, as well as businesses requiring one.

One industry desperate for vaccine passports to work is aviation. IATA’s own Travel Pass system began its first UK trials last week when Virgin Atlantic passengers flew from Heathrow to Barbados. A competing system with some airline backing is CommonPass, which is supported by the World Economic Forum. But aviation executives are frustrated that there are still no global standards on certification.

Despite the problems, Qatar Airways’ Al Baker suggested that governments should draw inspiration from the past, pointing to yellow-fever certificates that have for years been slipped into passports and required by many African and Latin American countries as proof of vaccination. “I think we should go back to the old days . . . this should come back, but in an electronic form that we now call a travel pass,” he said.

Additional reporting by Siddharth Venkataramakrishnan in London, Daniel Dombey in Madrid and Eleni Varvitsioti in Athens. Graphics by Kari-Ruth Pedersen 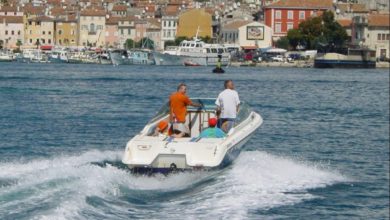 What Boris Johnson might say about travel abroad on Easter Monday 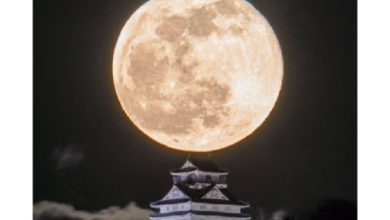 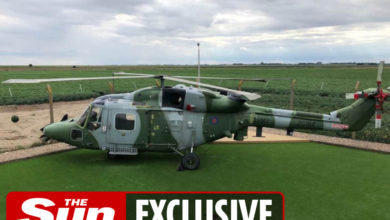 Airbnb guests can stay in helicopter which flew missions over Afghanistan