The hashtag #PakistanstandswithIndia has been trending on social media in Pakistan over the last two days as Pakistanis expressed solidarity with their Indian neighbours currently in the midst of a devastating COVID-19 surge.

The daily number of infections and death toll in the world’s second-most populous nation reached new highs in recent days as the Indian government faced oxygen and bed shortages across the country including in the capital New Delhi.

Humanity has no religion! To all my beautiful Indian people, we’re with you in these testing times! #PakistanstandswithIndia

The hashtag #PakistanstandswithIndia represents the best side of Pakistan. We must choose solidarity and empathy over hate and enmity. Only peace and cooperation in our region can help us prepare for existing and coming disasters.

For three consecutive days, India recorded the world’s highest number of new coronavirus cases, with over 349,000 cases reported on Sunday.

India has confirmed more than 16.9 million cases to date and more than 192,000 deaths, according to Johns Hopkins University.

Pakistan Prime Minister Imran Khan expressed “solidarity with the people of India” in a tweet on Saturday.

“Our prayers for a speedy recovery go to all those suffering from the pandemic in our neighbourhood and the world. We must fight this global challenge confronting humanity together,” he said.

I want to express our solidarity with the people of India as they battle a dangerous wave of COVID-19. Our prayers for a speedy recovery go to all those suffering from the pandemic in our neighbourhood & the world. We must fight this global challenge confronting humanity together

Former Pakistani cricket star Shoaib Akhtar said his prayers were with the Indian people and said “we are in it together.” He added that he hoped the Indian government was “able to handle the crisis better”.

Prayers with people of India. I hope things come in control soon & their government is able to handle the crisis better. We are all in it together. #IndiaNeedsOxygen #IndiaFightsCOVID19 #oneworld

Indian climate and environmental activist Licypriya Kangujam told Al Jazeera: “I really appreciate the kind gesture of the Pakistani people for standing with the people of India during this difficult time for the country.

“We may be divided by the border but we breathe the same air.”

According to Bilal Lakhani, a Pakistani writer and columnist at local newspaper Express Tribune, the hashtag #pakistanstandswithindia “represents the best of Pakistan and … the triumph of our collective humanity”.

“Pakistan and India, often considered arch-enemies at the state level, have genuine people to people relationships and a shared culture that goes back centuries,” Lakhani told Al Jazeera.

The Pakistani ministry of foreign affairs offered to send medical aid to India on Saturday.

“As a gesture of solidarity with the people of India in the wake of the current wave of COVID-19, Pakistan has offered to provide relief support to India including ventilators, BiPAP, digital X-ray machines, PPEs and related items,” Foreign Minister Shah Mahmood Qureshi tweeted.

Edhi Foundation runs clinics and orphanages across Pakistan while managing a fleet of ambulances in some of Pakistan’s most populous cities.

India and Pakistan have fought three wars over the past 70 years since their independence from British rule in 1947, with relations often tense between the two neighbours.

In February 2019, India launched an aerial attack on Pakistan, with the latter responding with its own air strikes.

Relations between the two further deteriorated in August 2019 when the Modi-led government stripped the disputed Kashmir region of its limited autonomy.

Both India and Pakistan claim Kashmir in full. 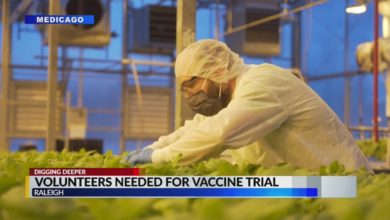 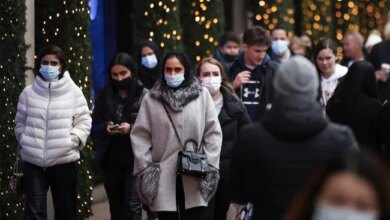 Coronavirus Can Persist For Months In Heart, Brain: Study