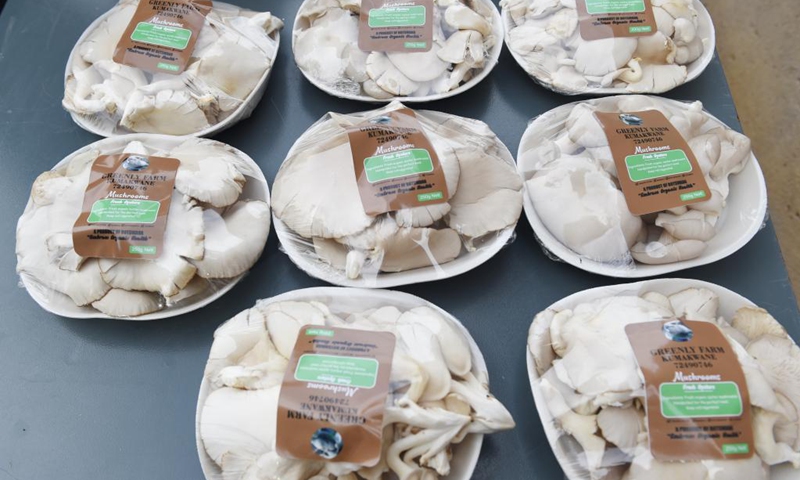 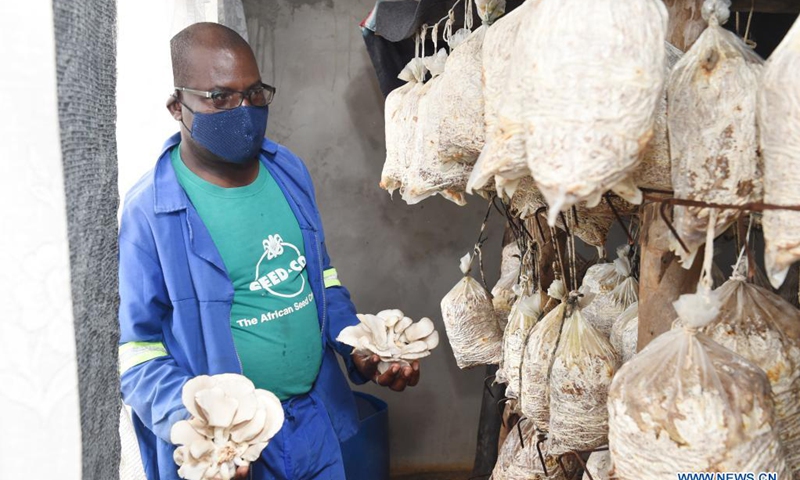 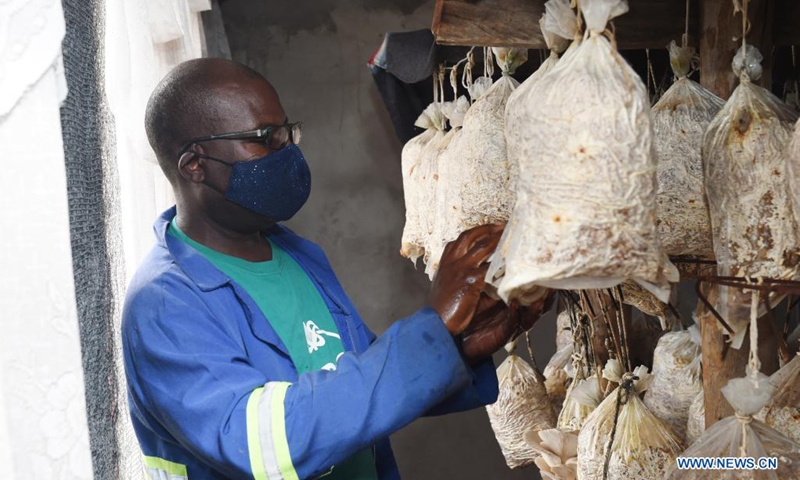 About a year ago, horticulture farmer Peter Ngorosha started his project of oyster mushroom production at the beginning of the coronavirus pandemic.

Immediately he faced some challenges when he started the business.

“COVID-19 affected me because there was no spawn since borders were closed and I started producing my own spawn, and also there was no wheat straws bundles in country,” the 54-year-old farmer told Xinhua.

Because of his farming experience he crushed the maize from his field to make a growing medium for his mushrooms. Even though there were so many challenges during COVID-19, he manged to overcome them.

Ngorosha operates his farm located in Kumakwane village about 25 kilometers west of the capital Gaborone and on a monthly basis, he harvests around 112.5 kg of organic oyster mushroom from his small building at his farm.

Ngorosha spends most of his time taking care of his farm, he gets water from his borehole and sprays the oyster mushrooms cultivation on plastics bags as well as monitoring the temperature and humidity in the dark room and production room.

The enterprising farmer said he chose oyster mushroom production because it’s a high yield per square meter and profit margins are so high because of the price. Moreover, Ngorosha said demand is very high because there is no competition in Botswana.

“When you do mushroom production the farmer determines the price but not with other crops, the retailers or big shops will determine the price for you and you cannot get the price you want,” he says.

Ngorosha sells all the oyster mushrooms to local shops and market, 250 grams per pack will cost around 20 pula (about 1.83 U.S. dollars).

Consequently, Ngorosha says the market still is available and he cannot meet the demand because there are no farmers producing mushrooms in Botswana. In the future, he expects to increase production but at the same time not flood the market.

Furthermore, he says that cultivation of oyster mushrooms is a potential income generating enterprise which can be adopted by small-scale farmers and unemployed youth in Botswana.

The successful farmer believes government should encourage the youth to go into oyster mushroom production because its cultivation requires limited space, low initial investment, and cheap raw materials that are easy to acquire.

How Covid-19 is surging in Africa