US Ambassador Lisa Peterson publicly criticised King Mswati and the royals for extravagant personal spending in one of the world’s poorest countries.

America’s outgoing ambassador to eSwatini has enraged the palace, but delighted many ordinary Swazi people with a stinging parting shot in which she publicly rebuked King Mswati for his extravagant expenditure on himself and his family while his citizens suffer.

Ambassador Lisa Peterson specifically chided Mswati for acquiring 11 customised Rolls Royce limousines during 2019. She also cited “royal family trips to Disneyworld in the middle of the drought” and “the number of royal children, who for some reason go to the UN General Assembly (in New York)”.

She was speaking on a live Facebook interview arranged by the embassy with local editors on 23 July 2020 shortly before her expected departure from the country as her tour of duty is coming to an end.

The delivery of 11 customised Rolls Royces to the royal family in 2019 – one for the king, one for the Queen Mother and one each for Mswati’s wives – caused a huge scandal and even public protests in normally quiescent eSwatini. Peterson hinted this week that another extravagant purchase or gift would soon come to light to anger the eSwatini people again.

Peterson started by saying she had raised her concerns about royal extravagance privately with King Mswati himself and the government, but nothing had come of it. So now, she felt it was time to go public.

The US had given more than $500-million in assistance to eSwatini over the last 15 years. “And it does reach a point where you ask yourself, why are we putting this money in this?” she asked.

Peterson proposed that eSwatini introduce a law which would place a cap on the value of gifts which any government official – and any member of the royal family, including the king – could receive.

She also proposed that the country amend section 9 of its constitution which states that the king’s allowances may never be reduced.

“That section of the constitution fundamentally takes away any power Parliament has over the purse,” Peterson said. She suggested that eSwatini people should ask themselves: “‘Do we think he has enough already? We should place a cap on it.’”

“Or you could change section 9 of the constitution so that there is some room to move it [the king’s allowance] down if necessary when we’re in times of dire fiscal need.”

Peterson said she had been told her proposal was pointless as the Swazi king is above the law. But she still felt a gift law would be a good idea “because you need to start consistently sending messages that we’re not going to have two different sets of rules, for you and us”. She added that “every developed economy in the world places limits on what their government officials can accept, even monarchies, because they are concerned about the appearance of impropriety”.

Peterson said when the scandal  over the 11 Rolls Royces blew up in 2019 “we had a lot of conversations with people from all different walks of life, grassroots communities, people very close to the palace.

“There was anger, there was disappointment. I think one person said they felt abandoned. And I thought this was a golden opportunity for people to mobilise and try to get something out of this moment of collective anger, anguish, pick your word. And nothing really happened. And I think you are going to see another gift or purchase that’s going to raise that ire again.”

Peterson’s hint at another “gift or purchase” may be related to rumours swirling in the kingdom that the royal family has taken delivery – or is about to take delivery of two more Rolls Royces, this time SUVs. Peterson said in the Facebook briefing that she was still not completely convinced that the 11 original Rolls Royces had been purchased by the eSwatini government. This was an apparent reference to the belief widely held in eSwatini, that the cars were a gift from a well-connected businessperson who regularly wins major construction contracts from the state.

The palace is furious with Peterson for her blunt criticism, a source in Mbabane told Daily Maverick, but added that it was unlikely that it would take any action as the US was too important to eSwatini.

Swazi sources told Daily Maverick that no one had yet dared to report Peterson’s remarks. “The newspapers and other media will not touch that story with a 10-foot pole,” one said. DM 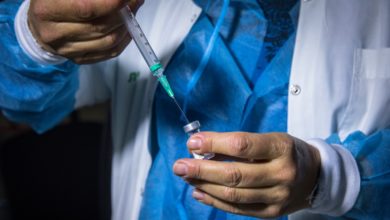 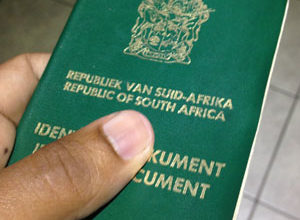 ‘Dead’ Cape Town man, found in eSwatini after 6 years, to be brought home